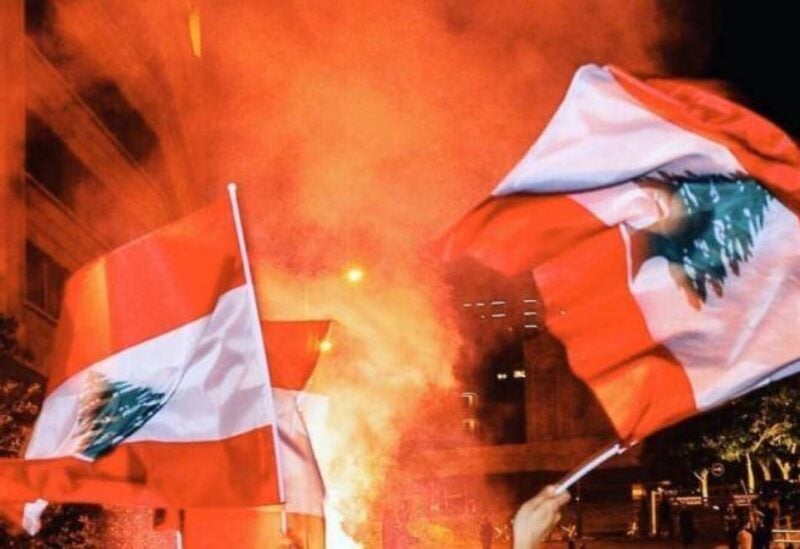 I am from the generation that witnessed the war, and lived through the Syrian regime’s occupation of Lebanon. The diversity and coexistence Lebanon, that is threatened by every occupation of our land. Lebanon, which every now and then, lives a new occupation, and throughout each one, we find citizens opening their doors to bring in and welcome these occupations, to impose their agendas on others. .
I never thought that I would live under an internal occupation, and feel threatened by a group that is supposed to be Lebanese, but today, the Secretary-General of Hezbollah, Hassan Nasrallah, wanted the Lebanese, and I am one of them, to live under his tutelage, or live as a “dhimmi”, and to fear Hezbollah, according to Representative Alain Aoun’s bases.
As a Lebanese, and especially as a Christian, I must thank Nasrallah for being alive! Because he allowed me to live in peace after the Israeli withdrawal from Lebanon.
Nasrallah wants from the Christians, to adapt to his occupation of Lebanon, and take refuge his cloak as the Christians of the Free Patriotic Movement. Or else, there are 100,000 fighters above our heads, who are ready to extract us from this land, according to Nasrallah of course.
The Secretary of Hezbollah has forgotten that there are free people in Lebanon, Christians, Muslims and Druze, who refuse humiliation, and want to live under the cloak of a state, the same state his party has usurped, abused its institutions, and rendered them without prestige, left subjected to Tehran’s projects.
No, Nasrallah, whoever confronts the Syrian regime and its crimes, is not afraid of its followers, and make sure that your 100,000 fighters are not equal to anything in return for our freedom and dignity.
No matter how great your strength and your tyranny grow, the day of the establishment of the independent republic is coming, and your weapon will vanish, no matter how many raids you do against safe areas and terrorize their free people, and no matter how much you raise your finger, it will not reach the sky, and it will not rise overcome the voice of truth and justice, our justice varies from your fabricated justice to fit the scale of your interests, and no matter how many files you fabricate, you will not undermine our resolve.
We are the guards of the revolution, the revolution that has not stopped since your inauguration as governor of Lebanon. We are guards, not like the fictitious Iranian Revolutionary Guards, which have nothing to do with any of the revolution’s standards.
We are rightful owners, and the owners of this land. We are the people of Beirut, Mount Lebanon, the North, the Bekaa, and the South. We are the people of the land which rejects your occupation, and we will not submit, and we will not live under a cloak soaked with the blood of the martyrs of the Cedar Revolution, and the Shiite opponents, of whom you shed their blood.