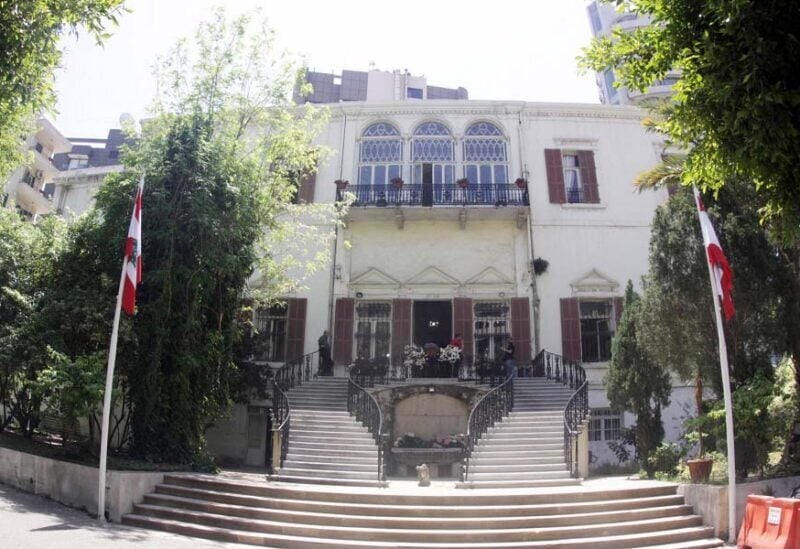 The question arose once more: Who runs Bustros Palace?

A special source answers “Sawt Beirut International” by saying that this question takes us back to the beginnings to know the truth that accompanied the march of Minister Abdullah Abu Habib.. He began his political life as a “Phalange” from the northern Matn.. During the era of President Amin Gemayel, he was appointed ambassador to Washington, but quickly left the boat After he felt that the era of Gemayel was about to fall..

After that, he set out to search for a place that would secure his well-being and status.. He headed one of the institutions of Issam Fares and participated in setting the daily touches for a Lebanese newspaper, reassuring that it would secure him joining the axis of resistance..

Later, he found what he was looking for, in the Saturday mini-meeting in Rabieh, where the meeting was planning for General Michel Aoun to come to Baabda Palace.. And in the last meeting that this gathering held, after Aoun was assured of the presidency, the latter surprised the members of the meeting, asking them one by one.. Everyone answered: Your safety.. Only Abu Habib answered: “When we reach her, we pray for her.”

Here, the following idea appeared in the head of the diplomat, Abu Habib: Bustros Palace, and why not.. This ambition was hampered by the prime minister during the reign, Gobran Bassil.. But Bassil later fell into a bad choice: Charbel Wahba, who failed the Aounists and almost toppled the Lebanese-Gulf relations despite the fact that Bassil’s relationship with these countries was not “ghee and honey” to keep in harmony with his ally, “Hezbollah”.

This heinous diplomatic tumult revived in Bou Habib’s mind the possibility of assuming the throne of Bustros Palace, and this ambition was blessed by Aoun during the formation of Prime Minister Najib Mikati’s government, but he collided with the veto that Bassil put in place for presidential reasons.. But the urgent Al-Miqati pushed Bassil to acquiesce and agree.. Thus, the ambassador entered a ministry that had always been one of his dreams, but he realized very well that Bassil’s satisfaction would lead him to stay for a long time.. Abu Habib joined the electoral movement machine in the expatriates, where the soft flank in the battle of the “Free Patriotic” in this entitlement and the obstacles began to multiply, and the reasons, of course, are borne by the main administration in the Lebanese Foreign Ministry, and the justifications are not useful in reforming what is currently happening in the polling stations in the expatriate with the approach of the elections .

These obstructions, which were considered by a source familiar with what is happening, saw that there was a programmed fabrication to obstruct the voting of expatriates and limit their votes to the extent possible to disrupt their impact on the results in the various constituencies, especially in the constituencies with the Christian majority, after the failure of the appeal in the Constitutional Council regarding the expatriate seats free from local constituencies and attempts to impose conditions It exceeds the logistical and material capacity in terms of “megacenter” and other…

Today we see that there are many obstacles through the official website of the Ministry of Foreign Affairs, and of course under the guidance of the “Free Patriotic Movement” and from Minister Bassil in particular, who controls the decisions, performance and orientations of the Ministry of Foreign Affairs, and this matter led to a deliberate obstruction of the expatriates’ voting by the polls closest to them under various technical pretexts at a time called “Zypco”, the inability to gather members of the same family for reasons related to registration in different areas, and this confirms that there are attempts to prevent voters from reaching centers that require long hours, regardless of the different means of transportation to reach, and this will lead to impeding their access. Obstructing delegates to represent the lists of candidates because it will lead to the absence of a large number of them and raise doubts about the voting operations and the results of the vote counting and the arguments presented by the administration are logistical through the complexity of assigning delegates as well as the reservation of cancellation lists and the names of voters in each polling station, knowing that these lists have been with the “National Movement” for some time and the communication process that the movement carried out with a number of expatriates to direct them or blackmail them has spread through the media. It was secured by the diplomatic team that belongs to the current inside the ministry.

As for the other obstacles, they are represented in shortening the mixed polling stations to almost half. Among the obstacles are the delay in paying the salaries and dues of diplomats and employees abroad, leading to an offer to pay them in the Lebanese currency, which prompted some to take different positions where some decided to return, while others indicated that he was prevented from exercising his duties at the polling stations.

The source concludes by confirming that what is happening can be described as a dangerous game in terms of expatriate voting, whom Bassil considered in 2018 to be “scattered in Lebanon.” He will submit a law to amend the name of the ministry to become the Ministry of Foreign Affairs and those who are deployed, but today he fears they will spread to the polling stations to vote because the results will not be what the ships of “Al-Tayyar” wants.