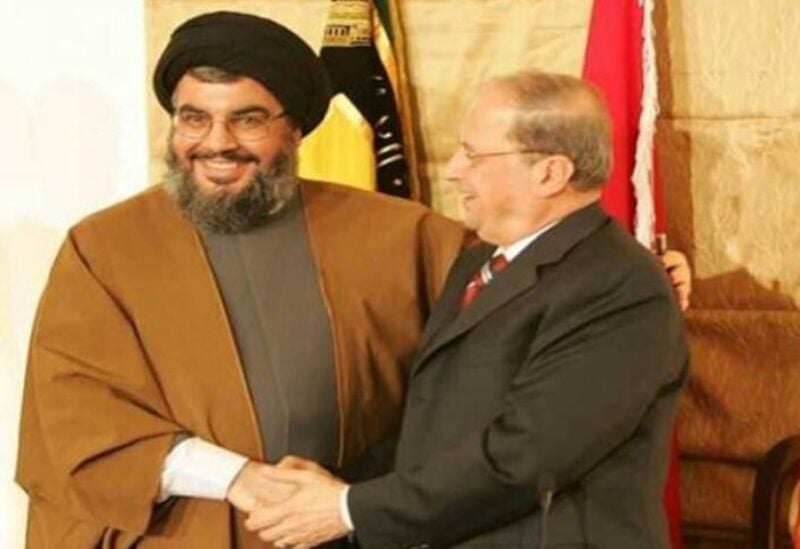 Hezbollah militia is striving to keep its allies alive so that they can continue their role in supporting the arms, and it is keen to distribute the “gasoline and diesel” quotas to the allies in order to prepare for the Parliamentary elections.

The Christian mood is changing and will inevitably bring about a correction of the deviance that has spread for years after the exposure, and the deception of the era that Aoun and his son-in-law passed through in Mar Mikhael, and it is time to put an end for this path. Aoun has said previously that Hezbollah is an Iranin project, and Nasrallah said that Aoun is a divisive Israeli project. Both projects have met in Mar Mikhael as they accused each other previously, and they formed an alliance and one project to rule the country. What we have reached is an inevitable situation that only needed time.

The main measure of the government’s success from Iran’s point of view, of course, remains the approach to the electricity and fuel files according to Hezbollah’s vision. We don’t need any more theories, lectures, and conditions here, as the armed Iranian party’s conditions are the destruction of Lebanon.

Going back to science, European and international institutions that have experience and vision, and to Egypt’s experiences, Jordan and others, makes Lebanon face the fact that it has taken steps towards sanctions thanks to Hezbollah’s crimes

The worst that would come is Hezbollah’s dedication to the logic of tampering with the country under the clause of providing aid to the people. It has been proven that this clause is false because smuggled Iranian oil does not meet Lebanon’s needs, even for hours, and it is a ridiculous, frightening and scandalous show. Hezbollah’s militia is being a party outside the context of the state that is trying to buy its opponents, once by enticing money, as he did with the youth of the Resistance Brigades in Saida, and once by creating influence and authority for it, as he did with Sheikh Maher Hammoud and others. Today, Hezbollah owns a new tool, which is Iranian diesel, and the exchange of malicious services leading to a new demography for Lebanon. Iran through Hezbollah is fulfilling Michel Aoun’s sectarian, interest, and revenge demands, and he hands over Lebanon to her after displacing Christians, humiliating Sunnis and fragmenting Druze.

As someone wrote and said: President Mikati’s sorrow over the crime of oil smuggled from Iran under the brand Ban Ki-moon’s concern, and America’s sanctions, all of which have no place in expression. As for the crime of the port, the birds of darkness and snakes in tunnels and burrows will not rest before they estrange Judge Bitar, as they did with Judge Sawan.

As an Arab who follows Lebanon’s affairs, i was surprised that, after more than a year of obstructing the investigation and the criminals’ refusal to appear for interrogation, and adapting laws and procedures to prevent this from happening, that an international investigation committee had not been formed so far, which confirms the international community’s involvement in pushing this major crime into oblivion.