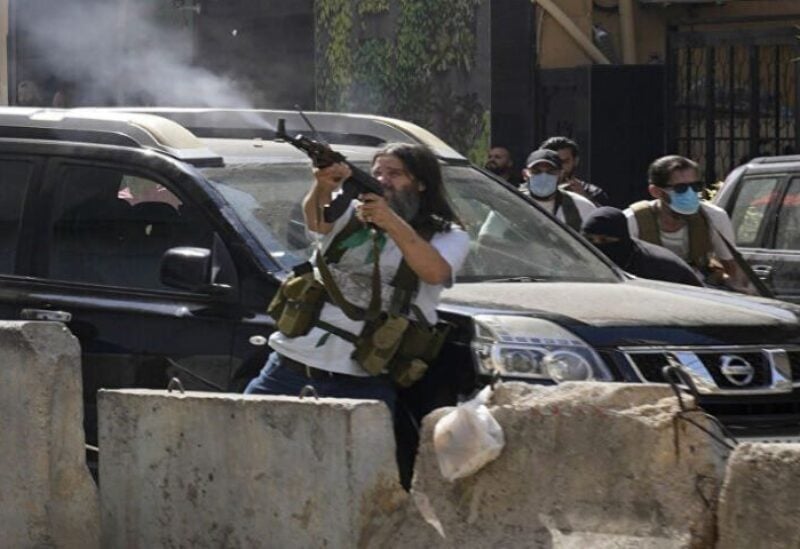 Western diplomatic sources in Beirut fear that the use of weapons apart from the state’s control in the face of the probe into the port explosion will affect the government’s work and also constitute a pressure card in front of its mission, especially in the course of implementing the required reforms.

The international stances that came yesterday in response to the attacks that took place in the capital were accompanied by serious warnings to the Lebanese officials, of dangers that might impact the security situation in the country, where there is international fear of security chaos aimed at mixing papers to bring Lebanon into the unknown, either to obstruct the path of salvation, or holding the parliamentary elections on time. According to the sources, all of this is to achieve more political, economic and living collapse, in order to bring the situation to the stage of settlements with a regional dimension.

Sources revealed to Sawt Beirut International that the international delegation that visited Beirut weren’t satisfied or optimistic about Lebanese preparations. The sources said that the issue is not a matter of optimism or pessimism, but rather of Lebanon’s implementation of a real and actual reform agenda, amidst fear of three factors that may hinder reforms:

-The possibility of using pressure from the parties that have illegal weapons to prevent reaching what countries are waiting for in this field. All parties talk about their support for reform, but the success of negotiations with the IMF confirms this.

– The international delegates dealing with the file of reforms have noticed, through their meetings in Lebanon, that the Lebanese parties do not have a unified and common concept of reforms. As each team is interested in reforms in sectors without others, and each party is working on selective and not comprehensive reforms.

-There is a ruling class and traditional politicians, including those with banking interests, who still exclude the reform ideas that are being proposed, at a time when the Lebanese are going through a historical and deep living crisis, and it is no longer permissible to delay in the process of saving them, and that the IMF’s measures will not be stricter than their daily economic suffering. All parties must cooperate and show positivity to rescue the country, and if negotiations with the IMF fail, Lebanon’s situation will be worse than what some think.

The sources confirmed that Washington and Paris will practically accompany the preparations for negotiations with the IMF, and will strictly monitor it. The priority will be for electricity and the plan of social resilience, and they stress that reform steps should begin before holding the elections.

The sources expected an increase in US and French pressures in the direction of strengthening the government’s course of action, in light of what happened yesterday from the disarmament of arms, and they will work to support Lebanon in the democratic path through the elections, in addition to their support for the Lebanese army. The European Union has also been clear about benefiting from its sanction’s regime on Lebanon, if necessary, against those who obstruct reforms and elections.