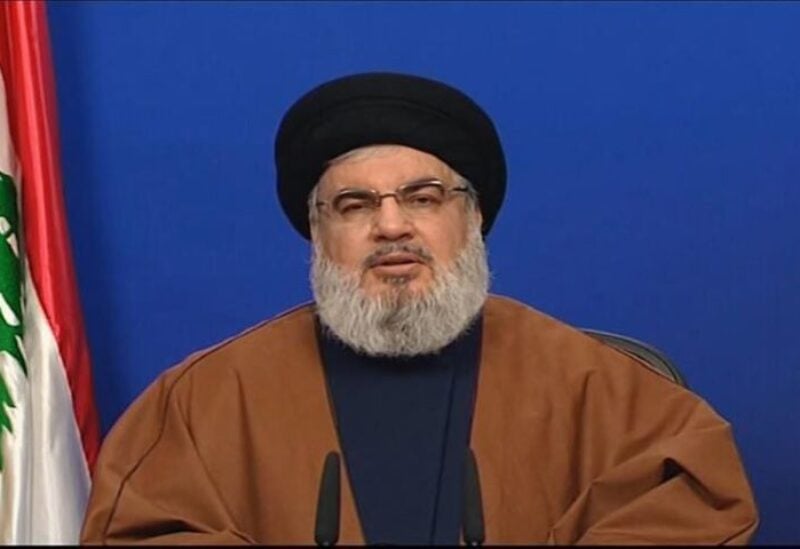 On the 4th anniversary of the liberation of the eastern outskirts, Hezbollah’s Secretary-General Hassan Nasrallah took advantage of the occasion to send multiple messages in all directions.

Nasrallah of course sent messages to the judicial investigator in Beirut Port explosion, Judge Tarek Bitar, who became one of the pillars of Nasrallah’s speeches where he criticizes his style and method in handling the case. Nasrallah considers that Bitar ‘politicized’” the investigation. In his speech this time, he defended Prime Minister Hassan Diab in terms of the summons that Bitar issued against him. This matter raises many question marks about the backgrounds that lead him to criticize Bitar’s work, knowing that no allegation or arrest warrant is issued unless he has the criminal elements documented.

As for Syria, in which Hezbollah participated in the battles, Nasrallah considered that he wanted to stop what he called the “global war on Syria”. Although he insisted at the beginning of the events that the party’s mission is limited to defending the holy shrines, specifically the shrine of “Al-Sit Zainab,” but the party’s members spread over Syria with the participation of members of the “Iranian Revolutionary Guards”. Battles are taking place between these members and the Syrian people opposing the regime of Bashar al-Assad.

This leads us to review the profits and losses and the results that have been achieved on the ground. Syria has become ignited, and divided into mini-states, and the Syrian regime headed by Bashar al-Assad along with the Iranian militias manage small geographical area that does not exceed 30 percent. The remaining part is under the control of the revolutionary forces, the Turkish and American forces, and the SDF. Of course the terrorist organizations also have a share, as it has become permissible for the Israeli aircraft and helicopters, which are constantly bombing weapon depots, as well as the assassination of many important Iranian figures.

Syria appears totally destructed and the infrastructure of most cities is destroyed, as well as losses in lives that exceeded thousands and occurred at the hands of the regime’s army and its militias. The scenes of children, women and the elderly who were killed by chemical barrels are still imprinted in our minds.

Nasrallah said, without Hezbollah, ISIS would have taken control of Lebanon, but he forgot that the party’s buses were the ones who transported ISIS members and their families from Qalamoun, and the regime transported them in their buses to As-Suwayda to strike the Druze.

As for their response to the call to participate in the battles, which, according to his speech, was “in response to the will of the people of the outskirts, Muslims and Christians,” and the state’s inability to take the initiative in confronting terrorists and defending towns and villages in the face of terrorists despite his knowledge and certainty that there was no mandate for him to engage in the battle in Syria, which caused a lot of causalities.

With regard to the fact that Iran has the credit for fighting them, he knows that the matter constitutes the backbone of the differences with his party, especially since he constantly declares his compliance with the orders of the Wali al-Faqih, despite his declaration that his weapon is only to confront the Israeli enemy.

But it has become obvious since July 2006 war that he is trying to avoid confrontation with Israel. Hezbollah didn’t take any action when Gaza was destroyed and what happened recently in terms of firing rockets at uninhabited lands in the occupied lands, the Israeli enemy met him in the same manner, and the bombing became limited to fire stations.

As for the profits that he achieved, it is represented first by his loss to the Arab and Gulf support, which he received during the “Israeli” invasions, as well as his loss to the internal solidarity were citizens turned to describe his weapons as “illegal”, which he boasts of using in the arenas of Yemen, Iraq, Bahrain and the drones launched by the Houthis towards Saudi Arabia under the supervision of his party’s members.

This matter was reflected in his environment, which is now groaning under the crisis, and the law of the jungle is ruling the streets and alleys. The Iranian ships loaded with oil cannot restore the confidence that was lost once he decided to wear the mantle of “Wilayat al-Faqih.”