Is the reason behind the ‘Aounist’ movement’s attack on Hezbollah electoral? 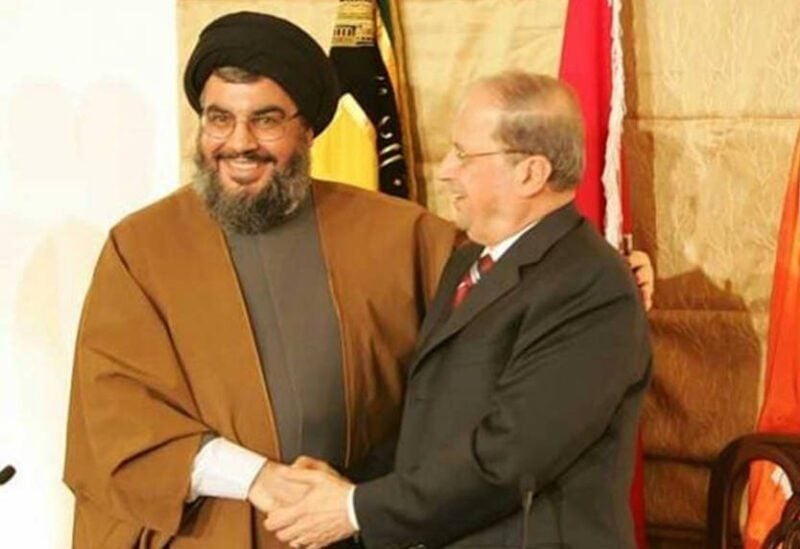 The President of the Republic Michel Aoun confessed that he is powerless and incapable to put an end to this farce, even though he is the head of this corrupted system.  He claims that he is against this system and in dispute with his allies, but in fact this is an ‘electoral play’ or a political “schizophrenia”?

During his last speech on Monday, “His Excellency” did not directly criticize his allies – the Shiite duo – even though he spoke directly about the party’s weapons, saying that the primary responsibility is with the Lebanese state. This constitutes a clear concern that the president tends to ease the tension rather than confronting this situation.

Regarding the criticism of the situation in Lebanon, holding others responsible and promising reform, MP Imad Wakim from the Lebanese Forces Party considered that what is happening is a verbal play performed by Gebran Bassil in order to “tighten the nerves” of the Christian bloc before the election period. He also considered that the President’s speech included well-known and proposed titles, so on whom he is laughing?

The speech, according to Wakim, does not indicate that Aoun aims towards breaking the alliance with Hezbollah, and is not even considered an “offensive speech.” It is only a ploy of clear reproach and blame between the two alliances. Whoever threw the Lebanese Republic into the arms of Hezbollah and Iran, and whoever failed to be a President for the entire citizens, and turned the presidential palace into a party center for the family and the Free Patriotic Movement, and now calls for a national dialogue, cannot disavow what his hands have gained.

He talks about problems and crises although he was among those who created it, and asks about the reasons as if he is not the head of the state and responsible in this country. Is it a disregard for the people or an electoral service for Hezbollah?

Wakim indicated that the President is acting as if he is part of the solution to our crisis, but in fact he is the main problem in the country. Aoun’s main problem is that he not only insists on practicing “denial”, but he calls for national dialogue while he is fully aware that the people’s trust in him and in all parties has been lost. The ruling party, who lost credibility, handed Lebanon over to the Iranian militia – Hezbollah. As for fighting against corruption, it begins with his son-in-law. It is certain that what the president talked about is no more than a failed electoral drama.

Lebanon, which suffers from many hurdles, foremost of which are rampant corruption, economic meltdown, a sectarian system that prevents accountability, and solidarity, and a judiciary shackled by politics, remains today captive to flimsy rhetoric and mutual services between rulers who do not hold a bit of conscience. Perhaps the greatest wish of the Lebanese people is the end of this abhorrent era. Should the people be optimistic?

Wakim concluded his speech counting on the “parliamentary elections”, noting that confidence in Aoun and his covenant is completely lost and that it is impossible for us to witness a new era for him. It is worth saying that the upcoming elections are the last “glimmer of hope.”