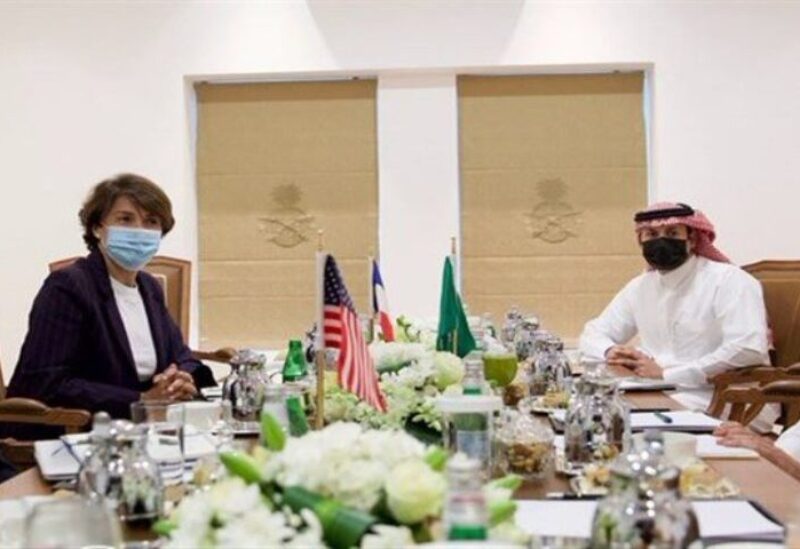 US and French ambassadors to Lebanon in Saudi Arabia

In diplomacy, the form is often as important as the content, and sometimes we hear about a meeting that “handshakes were cold” or that the welcoming “was not up to the expected level of representation.”

The form has been followed a lot in the last two months in Lebanon and in files related to it. Countries concerned with the Lebanese file have started to deal with some contempt with the political class, while giving the utmost importance to preserving the institutions and avoiding its collapse. These institutions, mainly the judiciary and the military institution, form the backbone and the cornerstone for rebuilding the state.

A simple comparison confirms the above:

When the Armed Forces Commander General Joseph Aoun was invited by his counterpart to visit France, the French President Emmanuel Macron received him, even without issuing a statement or even distributing photos of the meeting. Being welcomed by the French President is news of utmost importance.

On the other hand, when the Caretaker Prime Minister, Hassan Diab, invited the Arab and foreign ambassadors, to explain for them the Lebanese reality, and to ask for help, he was rejected by the ambassadors. Indeed, the French ambassador has reprimanded him after his “non-diplomatic” words in which he held countries responsibility for Lebanon’s collapse and the siege on it, although everyone knows that the authority is not in the Grand Serail or Baabda, but rather in Haret Hreik.

Didn’t Prime Minister Diab read the “message” of the Saudi ambassador’s absence from the Serail meeting?

Even the visit of the US Ambassador to Lebanon Dorothy Shea and the French Ambassador to Beirut Anne Greaud, to Saudi Arabia was an attempt to gain a promise to obtain aid for the military institution. The two ambassadors know that the Kingdom’s position is well-known and there is no need to repeat it: the Kingdom is not with Hezbollah’s decision-making government even not with its Prime Minister and ministers, who are a malleable tool in Hezbollah’s hand. What is required from Lebanon:

This pyramid cannot be inverted to start from the third point.

Let’s go back to diplomacy, during the two ambassadors’ visit to the Kingdom. The meeting was with the Undersecretary of the Ministry of Foreign Affairs for Political and Economic Affairs, Ambassador Eid bin Muhammad Al-Thaqafi, which means that the talks were focused on aid. So did the message reach the Lebanese authority, even through the American and French ambassadors?

On Monday, the two ambassadors will complete what they have started in Riyadh, as they will meet with the Saudi ambassador in Beirut Waleed Boukhari at his residence in Yarzeh. However, no aid will be provided to Lebanon before reforms, but how to achieve these reforms if Hezbollah controls power.