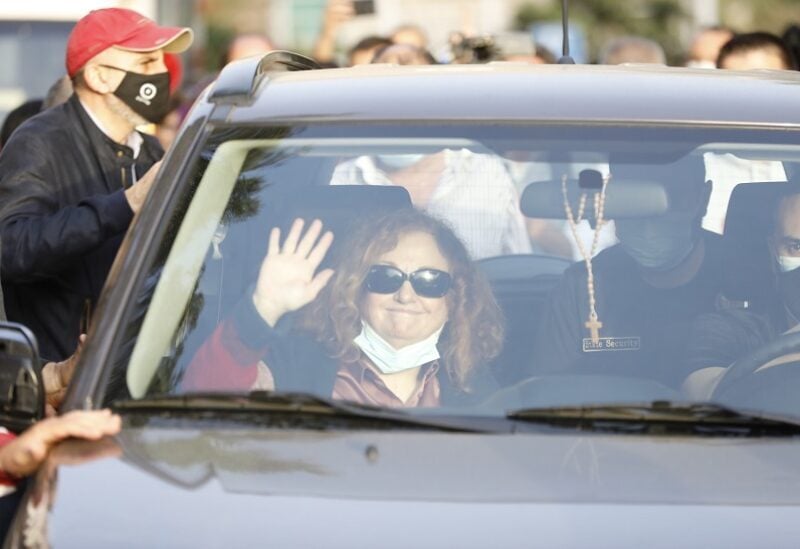 Governor of Banque du Liban, Riad Salameh’s prosecution case, is still weighing on the judiciary. Judge Ghada Aoun’s actions are no longer tolerated within the judicial body, as she does not submit to the judicial orders and does not respect the judicial hierarchy. Only the President of the Republic, Michel Aoun, orders her, to serve his interests.

And after she performed inappropriate behaviors as a judge, in the case of Michel Mkattaf, she is doing it again with the central governor.

Judicial sources confirm to “Sawt Beirut International” website, that there is resentment among the judiciary over Judge Aoun’s actions, who is offending the reputation of the judiciary and judges.

The sources add that Judge Aoun is implementing the agenda of President Aoun, who uses the judiciary for electoral purposes, in order to float his “Tayyar” on the eve of the parliamentary elections.

The sources indicate that sacrificing Riad Salameh is costly on both the political and economic levels, as he knows the sources of corruption and waste, and presenting him as a scapegoat, he will expose all the corrupt, and if he falls, he will not fall alone, and this is what President Aoun fully realizes, and therefore, everything that Judge Aoun does is a theaterical performance no more.

As for the Mkattaf case, the sources ask, “What happened with nthe file, and why did we not see the results of the investigations and what Judge Aoun found?”

Sources continue, “what we saw in Ghada Aoun’s performance in Mkattaf case, we will see it again with the prosecution of Riad Salameh, and this is not how things are managed, as there are judicial principles that Judge Aoun must follow, away from the covenants’ malevolence.