Kazakhstan the main duel arena, US’s strongest card in the face of Russia and China 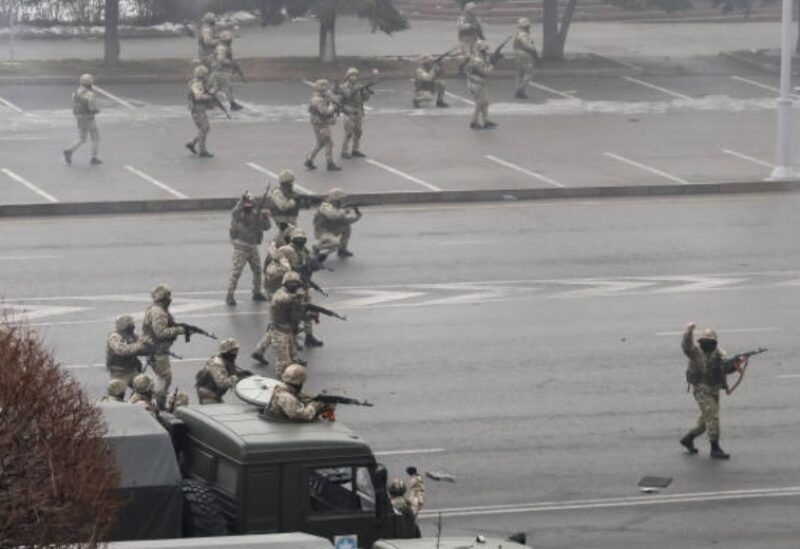 The scene in Lebanon has become clear and does not need descriptions because it expresses itself through the record currency collapses, and the unprecedented deterioration in the value of the salaries. The question that arises in this context, where and when Lebanon will  come out of the furnace of Hell?

In this context, a source, during an interview with “Sawt Beirut International”, criticizes the insulting campaigns among those who call themselves “sovereign”, while the opposition team continues to dig tunnels to bury the last remaining institutions in the Lebanese Republic for the sake of the projects and foreign agendas that ignited many Arab countries.

The source added: “When Hezbollah’s Secretary-General Hassan Nasrallah, appeared threatening and insulting the Kingdom of Saudi Arabia, he moved to the United States, which is struggling internally due to “Corona”, crimes, racism, and poverty, and it is confused on the external side by China and Russia’s issues. Whoever reads what is happening in “Almaty” in terms of the bloody demonstrations, although today they have subsided with the entry of Russian forces under the name “Collective Security Treaty Organization”, but the republic that separated in 1991 with its sisters Kyrgyzstan, Turkmenistan and other Islamic republics remained indirectly under the Russian tutelage through former President Nursultan Nazarbayev and the current Kassym-Jomart Tokayev, realizes that Nasrallah’s calculations contradict reality.

The source said that the ignition of the internal arena in Kazakhstan will confuse the plans of Russian President Vladimir Putin, who is fighting militarily and diplomatically on more than one front from Ukraine to Syria, and jostling with Iran to control the bulk of it and trying to trim its nails through “Israeli” support with raids that destroy weapons warehouses, and assassinations to the most prominent leaders of the “Iranian Revolutionary Guards.”

What is happening in Kazakhstan is different from what is happening in Syria, because the battlefield takes place in the back garden of Russia. The Chinese dragon will not be immune from what is happening in the capital, “Almaty,” especially since the border between China and Kazakhstan extends over a large area, and at a time when the “Taliban” returned to the arena, either if some consider it a downfall for the Americans, but the world is well aware of the insides of the American administration’s strategy that its stay in Kazakhstan over 20 years was not wasted in vain, in terms of benefiting from its mineral wealth or in terms of establishing a hidden structure in Afghan society. With its exit, US left the doors open for the fears of countries that its borders are linked to Afghanistan, most notably Iran, despite the recent visit of its Minister of Foreign Affairs to Tehran, which does not recognize the Taliban government.

As for the Chinese dragon, it faces a big dilemma because of its fear of the movement of the “Uyghurs” Muslims on the one hand, and its economy, which is closely linked to Kazakhstan, and its ambition to establish the “Silk Road” as well as its supply of oil, gas and raw materials, most notably uranium.

The source believes that the region is living on a seismic fault that may destabilize Putin’s plans, especially since the United States shares with him the “Kazakh plateau” through its 50% share in “Tengiz”, the largest oil field in it, through the giant “Chevron” company, at a time when Russia’s spacecraft “The Baikonur” is the largest and oldest from which a Russian cosmonaut or cosmonaut was launched into space.

The source concluded by confirming that what happened in Kazakhstan must be read carefully by Russia and China and those in their orbits, especially Iran, which will remain just a losing card for anyone who wants to bet on it.