Kuwaiti initiative: a path to reconciliation 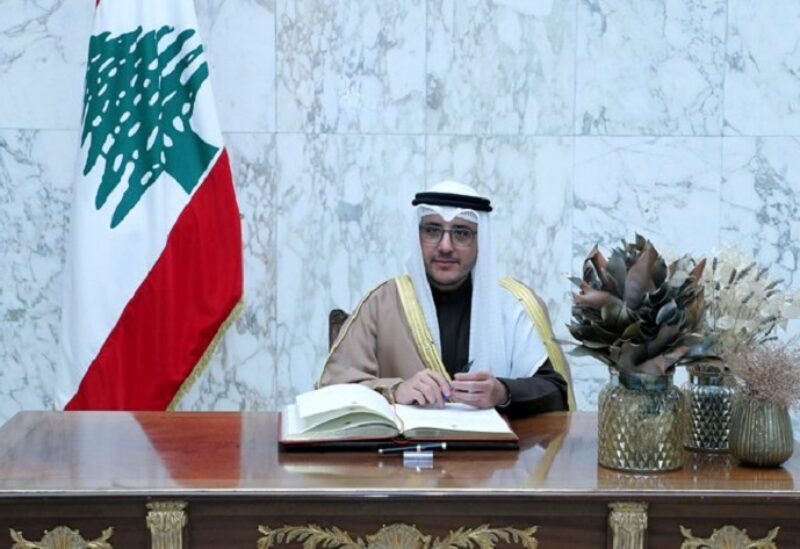 A one-of-a-kind initiative that will be the final Arab warning to Lebanon, or rather to the ruling political party, the Gulf card that the Kuwaiti foreign minister brought, to test them. Either it demonstrates that it is capable of returning Lebanon to the Arab embrace – which is improbable – or it imposes Hezbollah, who, as always, obstructs the salvation of the country.

“I am here to save Lebanon”

The Kuwaiti Foreign Minister began his tour to raise Lebanon out of its abyss with this words. The Gulf nations have always been proactive in addressing every situation that our dear Lebanon has faced, and they have always been the first to provide a helping hand to this country.

Today, as Lebanese, we must embrace this chance to tackle the disease known as Wilayat al-Faqih through this effort, a stage to Lebanon’s salvation.

“A chance to develop trust between Lebanon and its Arab neighbors.” Yes, it is the people’s final chance for Beirut to become a model for Lebanon and the Arabs, and both the authorities and the people must take it seriously. Arab relations with Lebanon and the withdrawal of diplomatic missions operating on its territory, raising the possibility of Arab measures such as halting Lebanese exports and restricting financial transfers to and from Lebanon, so we Lebanese will not dream of any political and economic recovery if it fails.

The Lebanese people’s lifeline is in the hands of Hezbollah, which is unavoidable due to the state’s actions, as stated in the Kuwaiti-Arab paper. To bring Lebanon out of its condition of collapse and to terminate the state of Iranian tutelage, and then to begin the political, economic, and social recovery, is “the last” of what Hezbollah desires, and it must be maintained. In its terms, the accomplishment of such an initiative is a dream.

“Lebanon is no longer available; they gave it up to fight in the sake of Iran”

Hezbollah’s objectives are “regional,” not Lebanese, and hence “failure” is the fate of the Kuwaiti project, because Lebanese authorities are incapable of challenging it nor challenge Iran’s rule over Lebanon. Thus, the Kuwaiti initiative is merely on the verge of a holy miracle.

Kuwaiti initiative: a path to reconciliation