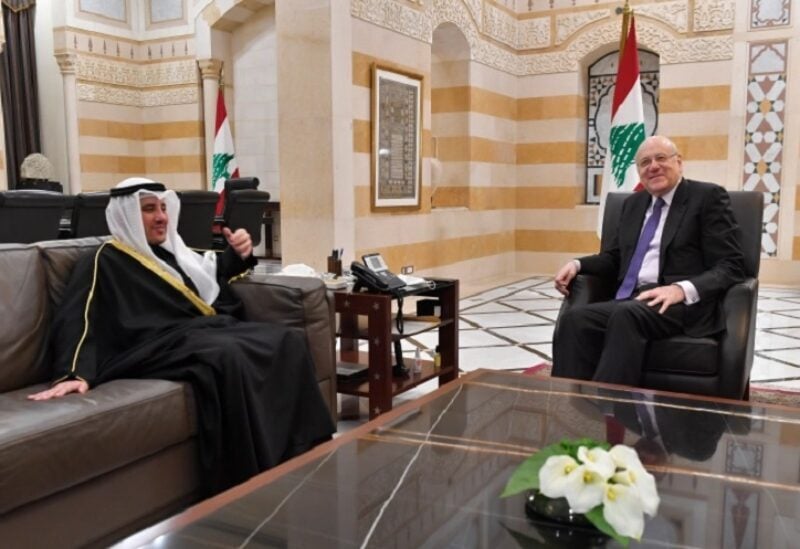 Not just Arab and Gulf nations are examining Lebanon’s reaction to Kuwaiti-Gulf demands. According to key diplomatic sources, this response is the center of an evaluation in both Washington and Paris. It believes that the Kuwaiti initiative was prepared in Washington, where Kuwaiti Foreign Minister Sheikh Ahmed Nasser Al-Mohammed Al-Sabah came following his visit to Beirut to assure Lebanese officials that he had transmitted the message.

Therefore, the two capitals will never be far from any Gulf position that will be taken after examining the response, and there is complete coordination about any serious measures that can be taken in this regard.

However, according to the sources, whatever the response is, especially with regard to the expectation of a reservation about the Lebanese proposal to form a Lebanese-Gulf committee to follow up on the matter, because Riyadh in particular and the Gulf in general are not supportive of committees in such cases. Thus, sources reveal that the timeliness of this research stems from two major issues:

– The international decision requesting not to abandon Lebanon, especially since countries have realized to what extent Lebanon pays the price of complete instability and control of arms over the capabilities of politics and its domestic economy, and what is beyond that, i.e. striving through arms to overturn the country’s balance of power and tighten Iran’s control over the main joints in it.

Therefore, the completion of the implementation of resolution No. 1559 will be brought to the table at the highest Arab and international levels during the next stage in order to reach the appropriate solution, because the second solution, which is the Lebanese-Lebanese, will inevitably lead to a civil war that no party affected by this weapon will be able to resort to.

It is critical for the Arab and international communities to prepare for these elections by working to solve Lebanon’s unresolved difficulties, especially because the elections are likely to result in changes in authority, whether parliamentary or presidential. As a result, an external effort is being made to accompany these two needs by building a new Lebanese atmosphere that will finally lead to the appointment of a new President of the Republic who is not affiliated to Iran, as is the situation presently.

The Gulf views Lebanon’s proposal to be a goodwill gesture, but the reaction will not result in substantive change. But, according to the sources, the question is if the Gulf supplements the reality of the situation and the current scenario in Lebanon. Will there be an escalation, or not? According to reports, it is possible to halt at two points: First, committees are formed when interactions are normal, and they are formed to develop all types of relationships. But now comes the establishment of committees. Why, so that Lebanon can persuade the Gulf states that a specific group can destabilize them? According to the sources, reforming Lebanon’s relationship with the Gulf demands bravery and constancy in taking stances in which the state does not cover “Hezbollah.” The second question is whether, as long as the initiative is referred to as the international initiative via Kuwait, the major countries would urge Iran to participate to exerting pressure on its partner, “Hezbollah,” to implement Resolutions No. 1559 and No. 1701.