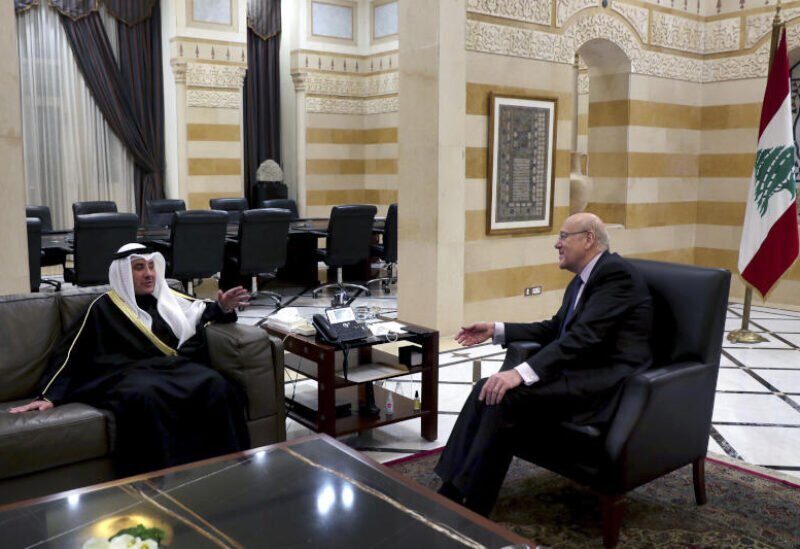 The visit of Kuwait’s Foreign Minister, Sheikh Ahmed Nasser Al-Mohammed Al-Sabah, was a turning point in the Gulf’s relationship with Lebanon. Diplomatic sources told Sawt Beirut International that if Lebanon respect the conditions stipulated in the initiative, Lebanon will witness change.

The three criteria are: disassociation from regional crises, dedication to implementing international and Arab legitimacy decisions, and non-interference in the internal affairs of Arab nations. In addition to border control and export, these elements provide trust with the Gulf. According to the sources, either the Lebanese authorities must adopt the initiative’s terms and preserve the nation, or the disputes will remain and a specific faction will continue to drag the country into the political and economic abyss.

The sources confirmed that the official Lebanon, as well as what was stated in the government’s ministerial statement, adheres to these points, but “Hezbollah” puts pressure on the country to oppose it and deliberately not implement it, as well as provocation through the Saudi and Bahraini opposition conferences, while the Kuwaiti approach seeks to reclaim Lebanon for Arabs and recognize its pioneering Arab role.

Although the League was surprised by the Kuwaiti initiative, it is clear that it is coordinated with the Gulf in particular, and Kuwait is known for its role in mediations between Arab countries, and it played a pivotal role in mediating between the Kingdom of Saudi Arabia and Qatar in the past and the reform of relations between them.
The Kuwaiti plan addressed strategic issues, and even if official Lebanon agrees to it, this does not imply that Hezbollah will.

It is worth noting that agreeing with him on Resolution No. 1701 means agreeing on Resolution No. 1559, and that disassociation is a concept enshrined in the government’s ministerial statement. It is also worth noting that Lebanon cannot completely follow UN resolutions since it cannot disarm Hezbollah, as the issue looks to be larger than Lebanon and must be handled through an international-regional deal, namely with Iran. Kuwait is aware of this, as are all of the Gulf governments, who have urged Lebanon to comply with UN decisions. They are all aware of the reasons behind the failure of the internal national discourse on developing a Lebanese defense policy.

According to the sources, Iran’s regional allies consider themselves successful in conflicts in nations with Iranian influence or in the four capitals that Iran claims to dominate. Nations are hurling the ball in order to put pressure on the sovereign parties and legitimate authorities in those countries to reduce their influence. That is, it does not wish to fight for this outcome on behalf of the government or the sovereign parties. Simultaneously, regional and international conditions must be established for opponents of Iran’s allies to exploit in order to carry out this struggle. In return for Iran and its allies, there is the Gulf and the United States. And if international agreements with Iran do not result in control of its influence in the area and a good manifestation of its behavior respecting its responsibilities, the parties impacted by this influence will be unable to alter the situation.