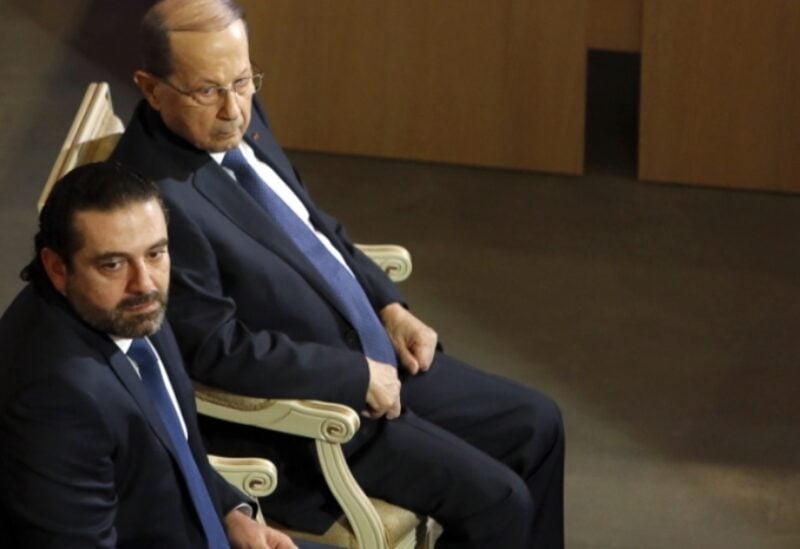 In Lebanon today, there is a war of statements between Baabda and Beit Al-Wasat, and this raging war naturally explains the extent of the political absurdity that exists within the pillars of the current corrupt authority, especially the Presidency of the Republic, which is only concerned with wars of words.

The settlement that brought Michel Aoun to the Baabda Palace was a reason that made Lebanon lose Arab and international support, collapsing the national currency and starving the Lebanese.

Until this moment, this collapse has not stopped, led by former Minister Gebran Bassil and his former and current allies, because he is determined to rule Lebanon by inheriting power from his uncle and the armed Iranian militia’s support, Hezbollah.

The sum of the recent events in Lebanon indicates that nothing beneficial is looming on the political horizon. Everyone stands behind his supporters’ will and wants to bow to him, and the people are the only ones who pay the price for “the childish acts of the covenant and its dependencies”.

In politics’ logic, it is defined as “the art of the possible”, and the Americans know it as the points of convergence. But in Lebanon it seems that the only prevailing definition of politics in the circles of corrupt authority is that it is the art of looting and robbing people’s rights and wealth. Those who look at the empty state treasury, the closed banks in their face, and the money that was stolen from them. The amount of money smuggled abroad from the official treasury of Lebanon is still a nightmare that haunts the concerns of the Lebanese who look at the empty state treasury as banks are closed and money that was stolen from them.

The reader between the lines ‎shouldn’t think that solutions will come suddenly. Only the tripartite equation that Western newspapers are talking about is the only guarantee to bring about real change in Lebanon in the short and long term. It is the initiative of Bkerki, which is supported by an unequivocal position of the popular movement and Baha Hariri’s political and societal team, and pleasant surprises will soon happen in Lebanon in this regard. These surprises will have an impact on the pillars of the authority of corruption and looting in Baabda and elsewhere, to the point of incomprehension, since those who are preparing to re-electing themselves have become outside the foreign countries counting and the Lebanese people. Not to mention the last hours’ talks that revealed the falsity of the conflict between the opponents, to the extent of expanding the disastrous options that will not make any progress, but will rather deepen the crises and make it more difficult to get out of them.

And the state’s power “cards” burning ‎became clear and the smoke is filling the noses, because those “cards” had always been used in times of the absence of the state and the invasion of the state of Hezbollah, which dominated everything.