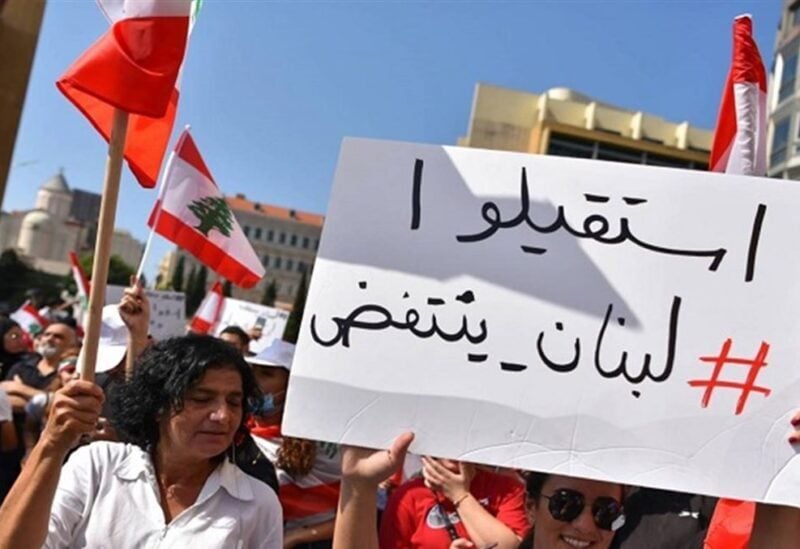 No observer or follower of political affairs in our Arab world, will understand what’s happening in Lebanon. Despite the poverty and despair people are suffering, The Aounists are living on another planet. What has been circulated in the past few days about rotations in presidencies and parliamentary elections are a solid proof of bad era, political accessibility, decadency and the absence of true men.

In fact, this political system is far from reality, and doing nothing regarding people’s sufferings, its staff are power maniacs, who insist on staying in power for the next era to come,

The advice to those gangsters who stole people’s money and the state treasury is the following: An unprecedented anger against YOU, has been launched in Lebanon. No one will be able to protect you, not even your thugs who used to do so, will be able to deter people from reaching you.  Matters are exacerbating, people are hungry and parents are no longer able of feeding their children, at a time, the authority staff are planning on how to spend money on luxurious vacations and leisure trips in Europe.

What Hezbollah men are revealing about smuggling and consider it an acquired right for their project and for their ally, Bashar Assad, is not something new. The militia is now the state, such as its colleague “Alhashd Alshaabi” in Iraq. These militias are controlling publicly the Lebanese fates

Even lifting subsidy will not halt smugglings to Syria, for this requires an actual state able to hold grip of its powers, in contrary to what is happening now, as there is a “speculative partner”, in addition to the government’s abdication of its function of protection, care and defense.

If ending occupation era did not solve the problems, the reason is it has been replaced by another occupation, by a militia, a militia that wreaked havoc, its  goals are not restricted to obstructing a  government formation only, but to increase the pain of the people until they are satisfied with the frivolous and worthless decisions.

What happened in capital of the north, Tripoli, is a new evidence of the authority’s failure, and its attempt to demonize any peaceful movement, and despite the refusal of any sane person to any armed manifestations, Hezbollah’s illegal weapons will turn Lebanon into a time bomb. The Lebanese call for an International auspice, although being a kind of a surreal call, expresses the unfortunate reality that people have reached.

The big question remains, why did this authority intended on making Lebanon a failed state? The answer lies in the disgusting accumulation of corruption produced by Aoun’s era, which destroyed everything in Lebanon for the sake of Bassil’s dreams and Hezbollah’s ambitions.