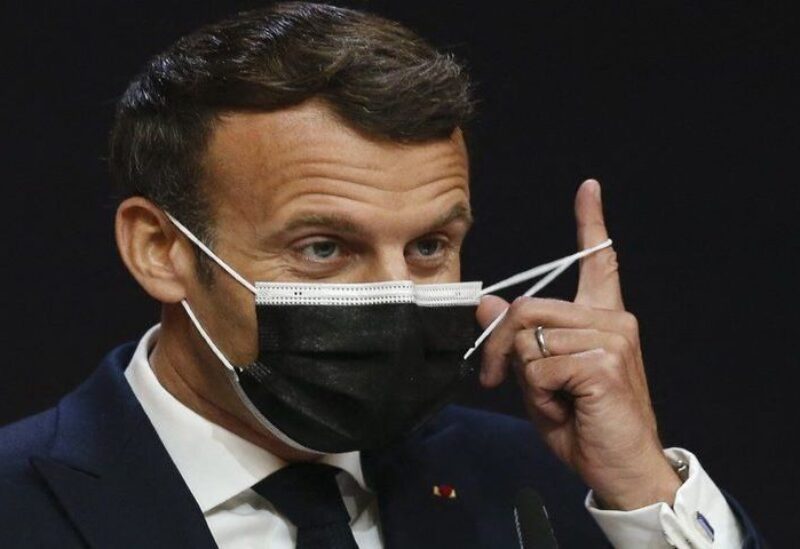 French President Emmanuel Macron will visit the Gulf countries starting from Wednesday. French diplomatic sources confirmed that the Lebanese-Gulf crisis will be one of the most prominent issues discussed in his talks with Gulf officials, especially in the Kingdom of Saudi Arabia.

Macron calls, according to the sources, for resolving the crisis through dialogue, and believes that the solution can be achieved through a “road map” that he will present during his meetings in Riyadh and with other Gulf officials.

However, Arab diplomatic sources told Sawt Beirut International (SBI) that it doubts that Macron’s talks will bring positive results for many reasons, the most important of which are:

. No changes have happened so far in the course of the crisis. Lebanon has not taken any step that would lead to a solution, and the Gulf positions are still the same. It is not the first time that the French President tries to convince Riyadh to change its position, and it will not be the last French attempt. Nothing will change as long as there is no fundamental changes in Lebanon.

. The sources said that there is something like French leniency with “Hezbollah”, but Saudi Arabia does not find this appropriate, as it prefers the US position in this regard, rather than the French position, especially during former President Donald Trump’s mandate. Therefore, France cannot provide new data regarding the party’s situation.

. Paris always shows its keenness to maintaining stability in Lebanon and its necessity in any proposals it presents. As for the Gulf’s answer in this regard, it is not he who is working to destabilize Lebanon, and that it does not deal with the Lebanese issue, and is reluctant to do so. His answer is that it is not the Gulf that obstructs the government’s work, and it has nothing to do with the issue of the judicial investigator and the Lebanese Minister of Information who spoke about Yemen and the Kingdom.

. The personal factor is very important for the Gulf countries, especially for Riyadh, where Macron played a role in ending the detention of former Prime Minister Saad Hariri in Riyadh in 2017. The nature of this role at the time was not forgotten by Saudi officials.

So far, this matter is relevant in the Gulf, but it is less enthusiastic internationally. However, the Arabs may move this matter if they find certain data that they would convince the states about it, given that they contribute to putting pressure on other issues in the region. For example, if the matter is moved within the framework of maneuvers with Iran on the nuclear file, or in the context of pressure regarding the Iranian and “Hezbollah’s” presence with regard to the Syrian file, or putting pressure toward Russia on issues that Washington opposes. The most important issue in this is to put pressure on Iran in the various files that have to do with it.

But so far, the sole international goal is keeping the situation stable in Lebanon, and trying to help it in implementing the International Monetary Fund program, in order to secure funds from the Gulf because neither the US nor the European countries will provide actual support because of the complexities of external financing internally.