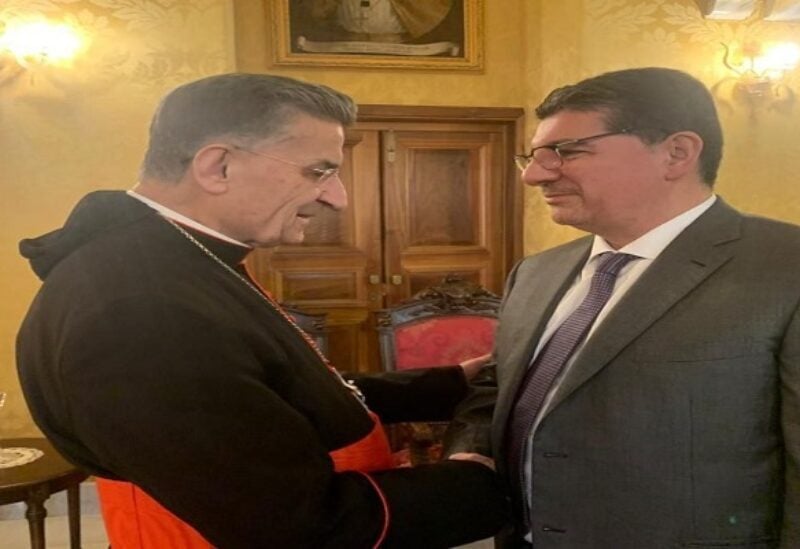 It is no accident that Sheikh Baha Hariri’s political agent, Safi Kalou, began his formal political activities from the patriarchal structure at Bkerke. Through his regular visits and extensive conversations with the late Patriarch Mar Nasrallah Boutros Sfeir, martyr Prime Minister Rafic Hariri made this national structure a permanent destination. It was no coincidence as well that Sheikh Bahaa Hariri traveled to Rome specifically to meet with Maronite Patriarch Mar Bechara Boutros Al-Rahi, with whom he shares many ideas, aspirations, and priorities in this sensitive and delicate stage that Lebanon is in on the eve of parliamentary elections that are expected to bring about a major change in the ruling system.

Naturally, the Rome meeting will be followed by several meetings between the two figures to follow-up on the discussion of all the points raised, especially since Bahaa Hariri considers the Maronite Patriarch to be his spiritual father, as he is for all Lebanese, given that the Islamic-Christian relationship is one of the main pillars of Lebanon’s reconstruction.

According to reports, the Rome meeting was extremely positive, beginning with Patriarch Al-Rahi’s welcome for Hariri and his entry into the political fray, praising his patriotic positions, especially since he is fully aware of Hariri’s vision, the son, through his follow-up to the program of the “Sawa Li Lubnan” movement, which supports it and is electorally active throughout the country.

Al Rahi voiced his enthusiasm for the movement’s program aimed at achieving it, as it will be a thorough rescue road map, and he also relayed this to Mr. Safi Kalou during his meeting with the delegation accompanying him in Bkerke a few weeks ago. According to sources, Al Rahi and Hariri discussed in depth and detail the situation in Lebanon in all of its aspects, as well as the main points that Al Rahi continues to demand their implementation, which he reiterated during the sermon he delivered on the occasion of Saint Maron’s Day and in the presence of the three presidents and political officials.

Hariri complimented these priorities for simulating his hopes and aims, whether by having legislative and presidential elections on their constitutional dates to bring about genuine change, or by disclosing the truth about the Beirut port tragedy. He also emphasized the importance of expediting the reform process, agreeing with the International Monetary Fund on a comprehensive recovery plan to preserve Lebanon, as well as on the execution of the Taif Agreement and Security Council resolutions to restore Lebanon’s sovereignty.

Bahaa Hariri is also in favor of instituting a system of positive neutrality in order to ensure Lebanon’s unity, independence, and sovereignty.

As a result, the head of the Maronite Church’s positions are clear and explicit, and they coincide with Hariri’s political positions, which he declares openly and on every occasion, and he remains committed to his quest to save Lebanon from the quagmire of corruption that he has reached as a result of quota policies and “benefits.” He restated and reinforced his national alternatives in front of the Maronite Patriarch, explaining to him the purposes of his work, one of which is to continue the trip of Father Hariri and his sovereign, moderate, and restoration program.

From this perspective, the road ahead will be lengthy, with the head of the Maronite Church working hand in hand with Bahaa Rafik Hariri to achieve national unity, sovereignty, freedom, independence, and prosperity for Lebanon.