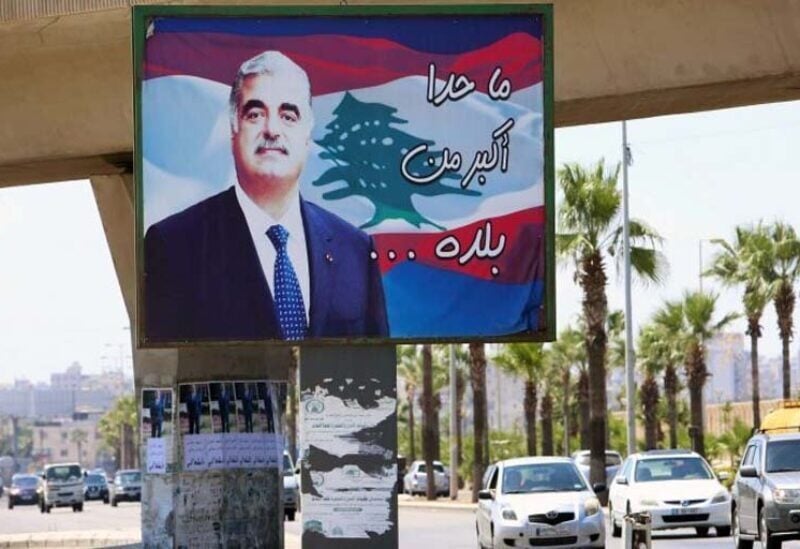 A picture of Prime Minister Rafic Hariri in a street in the capital, Beirut

When Martyr Prime Minister Rafic Hariri launched his famous phrase, “No one is greater than his country,” describing Lebanon as “the country, which is the idea, model, laboratory, ideal, and example for the peoples of the earth,” this phrase was not valid for a specific period of time or a circumstance. Rather, it was a clear message for those who adhere to their leadership at the expense of their homeland. It cannot be linked to a leader, but rather to the determination and will of the people to preserve their homeland and not to mortgage it to axes that do not resemble the Lebanese Republic, in which he believed and fought, for the cohesion of all its components in the face of the procrastinators and those crawling to obtain meager parliamentary seats at the expense of sovereignty and free decision, according to what a special source said to “Sawt Beirut International.”

The source tells, before discussing the draft amendments to the electoral law, the Assad regime’s tail machines started moving, after realizing that their collapse in the face of the overwhelming support for the martyr president was imminent, and they expanded by trying to divide Beirut into circles that limit the expansion of the sovereigns, at the expense of those with personal interests and dependencies in an attempt to cut bridges, which was established by the martyr president with his partners in the homeland, through the prevailing language of dialogue, while they insisted on the policy of narrowing and intimidation on the ground, and he is the one who built bridges between the various components of the country, and it was not only moral and through dialogue, but rather with stone, over the entire Lebanese territory, and the “Southern Suburb” had the largest share, but it It did not survive because the phrase “If I knew” which came later, destroyed these bridges in 2006, where the Arab and Gulf countries reconstructed.

Amidst this systematic and deliberate eroding system, the Sunni sect cannot bury its head in the sand and flee forward and refuse confrontation, even in its peaceful forms, through nomination and voting, and thus handing the country over to the axis established by previous alliances, which wants to establish the saying “the opposing team is greater than its country.”

On May 15, Lebanon will be on a date with establishing martyr Rafik Hariri’s saying, “No one is greater than his country.” Let the voters’ feet roar as on March 14, or else, February 14 will remain just a day and date to remember the martyr Hariri, his companions, and the martyrs who were assassinated after him for the sake of Lebanon’s freedom and sovereignty. .