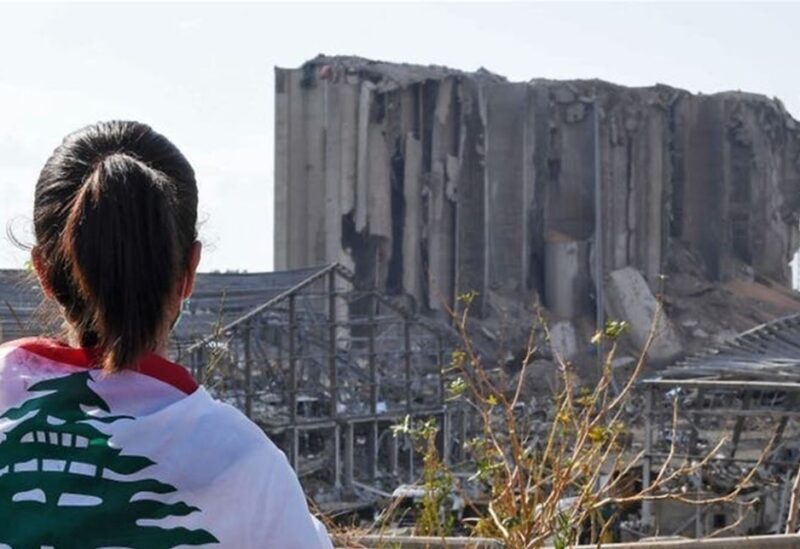 Some say, only in Lebanon, legitimacy turns against legitimacy,  power group demonstrates, while militia competes  with military institutions, thieves call for transparency, rulers cry and the country’s judiciary is like a hellish fate.

As for the Hezbollah militia, it is dancing on of what is left of the Lebanese Republic ruins , after it established its well-known republic, and after it struck the bank, hospital and school, and today it wants to attack the justice system.

Awaiting the conclusion the nuclear file negotiations between the Americans and the Iranians, Lebanon is hypnotized , so that Hezbollah, as the most dangerous Iranian arm, will benefit from this stage.

The party that is re-shuffling  its cards, takes advantage of the country through its internal positioning , after severing its networks regionally and internationally. And in return, the corrupt ruling staff undergoes  acrobatic movements so that legitimacy turns against legitimacy and thus, transfers into an absurd militia

And here is Michel Aoun today at the head of the Lebanese Republic, once again, allows  the logic of the arms of Hezbollah’s militia and the groups of its Free Patriotic Movement to prevail over the logic of the state and legitimacy, and even undermines and dismantles institutions in favor of the Persian state

Where the militias that are preparing to declare their state throughout the country and on the ruins of the state of Greater Lebanon, are supported in one way or another by this miserable era that combined all the characteristics of hostility to the people of Lebanon.

Because of President Michel Aoun’s cover for Hezbollah’s illegal weapons, Lebanon has today reached this stage, where it is at the center of collapse, and people are groaning from bankruptcy, unemployment and hunger, and have lost their deposits and savings. Aoun and his gang’s exclusion has become a must.

Lebanon’s debt has become more than a hundred billion dollars and corruption is rampant, and the presidential palace is still draining the state’s treasury every day as a result of the endless requests of advisers, the ceaseless pleasures of those close to it, and even the expenses that the state cannot bear in Lebanon are increasing  because of confusion.

And until another date, and until the presentation of scientific reviews that are proven by studies from more than one external and internal party, the positions of the parties in Lebanon, especially the political Maronite one, seems to be driven by the calculations of presidential elections.

And because what Hezbollah and others have achieved  since its election of Michel Aoun as President of the Republic in 2016 and until further notice, it is assured to all Lebanese, and especially to the Maronites in Lebanon, that Hassan Nasrallah is the maker of kings and is the first presidential elector

By trying to satisfy Hezbollah militia on Lebanon and the Lebanese expense , the big gap appears between the logic of the initiatives and the mechanism of settlements and deals, and at  the same time there are those accompanying this and that, out of manipulating  people’s fate . In the end, one thing is for sure, confidence in Lebanon’s politicians…is impossible.