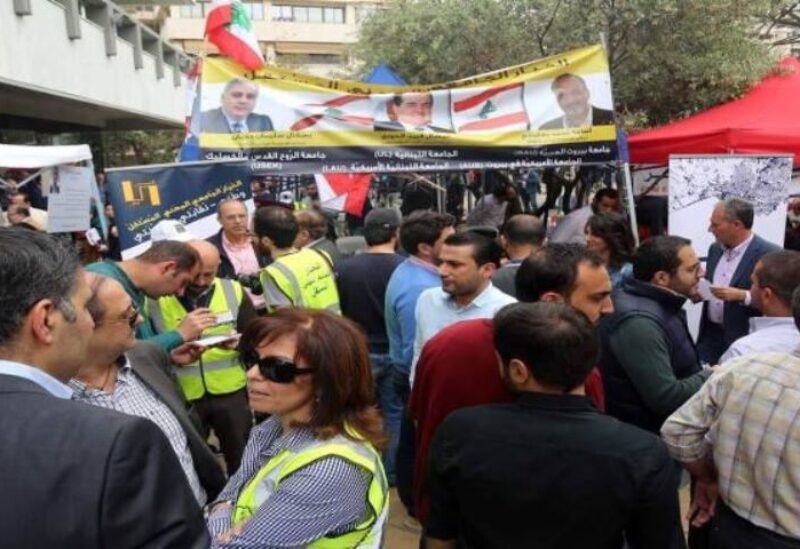 Before the engineers, lawyers united behind the upraising, exactly a month after the outbreak of October 17, 2019 revolution. Attorney Melhem Khalaf won, and the moment his victory was announced, chants rose in the hall, “Revolution, revolution.”

Between the two victories in both unions, the “Secular Club” won the elections in Saint Joseph University (USJ), and the “Student” list supported by the club won the majority of seats in 18 faculties out of 19.

The revolution has presented three faces within three years,  through the ballot boxes:

Student Charbel Chaaya, the Head of the secular club at USJ.

Engineer Aref Yassin in the Order of Engineers and Architects in Beirut.

The common denominator in this triangular victory is that the opponents in the three elections were the political parties and movements. The emblem “all of them means all of them” brought them together to face the revolution:

The first entitlement was in the Bar Association, so all parties fell before the lawyers’ uprising.

The second entitlement came, a year later, in the student elections, and the parties fell before the student uprising.

Today, the political parties fall in front of the engineers’ uprising.

Three engineers, supported by the Future Movement, have been elected previously as the Head of the Order, however, today the party’s candidate did not gain more than quarter the votes obtained by the winning engineer:

Are the Order’s ballot boxes an indicator of the parliamentary elections next spring? Numbers in this regard are not only a point of view.