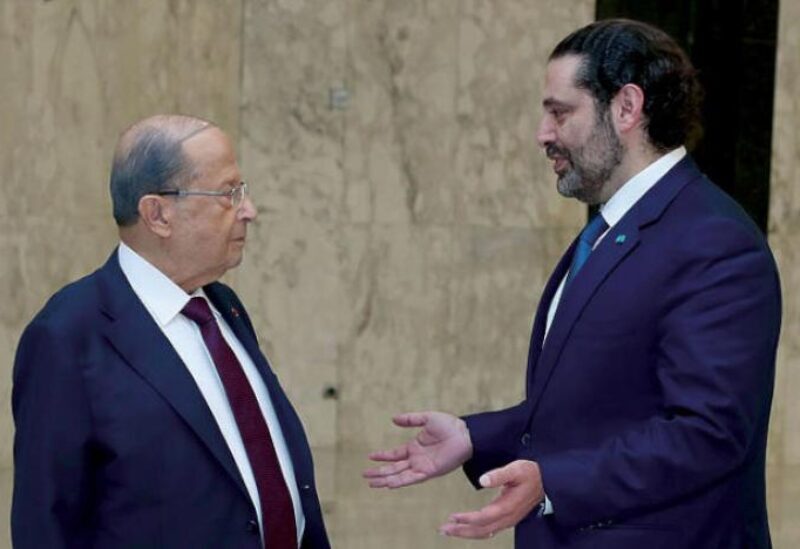 Indeed, the crisis has escalated to the point where it caused a massive “explosion” between Lebanese President Michel Aoun and prime minister-designate Saad Hariri.

Aoun addressed Hariri in a televised speech whereby he said: “I invite him to the Baabda Palace in order to immediately form a government in agreement with me and in accordance with the approved constitutional mechanism and standards for forming cabinets, without argument or delay.”

“If prime minister-designate Hariri finds himself unable to form and to chair a national salvation cabinet that would address the hazardous situation the country and citizens are going through, he should make way for those who are.”

The PM-designate rushed to respond to Aoun’s speech in a lengthy statement. Hariri’s swift reply suggested that his statement had been prepared in advance and that he had known the President of the Republic would issue such a warning to him.

In his reply, Hariri addressed Aoun saying the latter shall put an end to the people’s suffering by paving the way for early presidential elections to be held “as it’s the only constitutional way that would cancel the effects of choosing him by lawmakers as President of the Republic five years ago, just like they had chosen me as PM-designate in charge of forming the government five months ago.”

It’s like PM-designate Hariri is telling President Aoun: “I will turn down the task of forming a government in return for holding early presidential elections.”

Hence, Lebanon is facing two impossible things, namely Hariri’s resignation and early presidential elections. In light of such bickering, the country is being dragged to an unprecedented crisis as the Lebanese pound has tumbled to an all-time low against the U.S. dollar.

Where are we heading? No one knows as the officials’ reactions towards specific developments are so unpredictable. Lebanon, therefore, keeps getting influenced by surprising reactions of some, which amounts to a catastrophe in itself and which will lead to dramatic meltdowns at all levels.