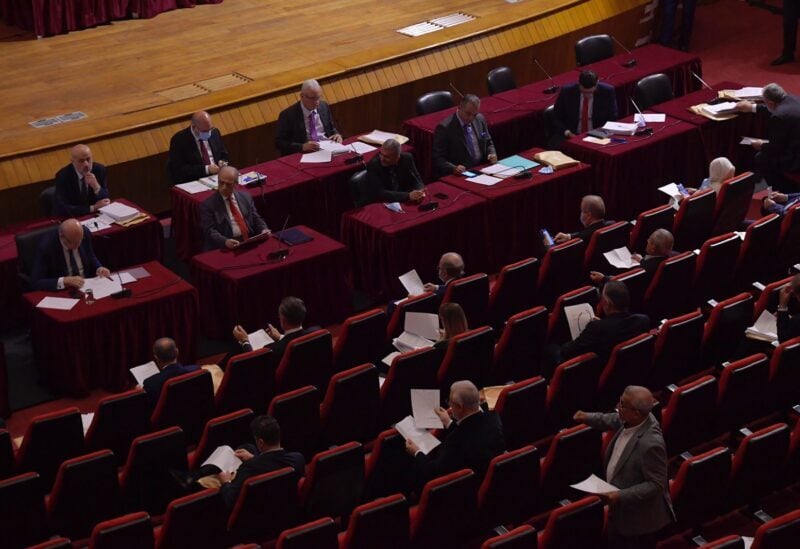 House of representatives at UNESCO

The ruling political system, once again fails, and through it, the House of Representatives as well, the test of building a state of institutions by returning the item related to the law on the independence of the judiciary, to the parliamentary committees again, ains at confirming the emergence of the current parliament, from the sectarian parties and systems, that obstruct the independence of this authority, knowing that the approval of this law would give the Supreme Judicial Council full authority and independence, to fill vacant positions without the system’s interference in its work, especially after President Michel Aoun s eizedthe judicial appointment decree that was legally completed, in his office, as a result of his control of the judicial authority.

In this context, a former justice minister considers to “Sawt Beirut International” that everything that is happening in the parliament regarding the independence of the judiciary law, is nothing but populist bid,s on the eve of the parliamentary elections, especially since everyone knows that the political authority does not currently want to give up any file that could make it irrelevant. Influencing the work of the judiciary, and the legal reference was surprised by the words made by Minister of Justice Henry Khoury that he did not have time to study the law that he had been informed of three days ago, and he demanded that it be sent to him and to the Supreme Judicial Council to give their opinion on the law. The sources consider that Khoury’s words are illogical, as a former judge, and most of the judges have been familiar with this law for years.

The sources indicate that the corrupt political authority, which does not respect the constitution and its application, has led Lebanon to be a state of lawlessness and non-institutions, and it seeks to tear apart the “Taif”, and return to what was before it, and bring men affiliated and loitering on the sidewalks of ministries, considering that we need statesmen who enjoy the culture of law to occupy sensitive positions in the state, not Judges such as Judge Ghada Aoun, who violates the simplest rules of law.

The former minister praised the judges who had integrity, such as the head of the Supreme Judicial Council, Judge Suhail Abboud, who did not back down from the judicial formations that were agreed upon with the Supreme Judicial Council, despite the opposition of the President of the Republic, and indicated that the real surprise was if any reform related to the judicial authority was approved in the Council Parliamentary.

Another judicial reference confirms what the constitution stipulates that the judiciary is an independent authority, but unfortunately, the political authority dominates the judiciary, whether through judicial appointments or formations, making it directly subordinate to the political class.

The judicial source announced that the issue of the independence of the judiciary was the subject of controversy in the past, when Dr. Raymond Rabat addressed it, specifically when he talked about ability and authority, and considered that the suffering of the judiciary from the domination of politicians is old, but on the other hand it points out to the presence of a large number of free judges who work according to what their conscience dictates, even though they are sometimes handcuffed and deprived of the positions they deserve. The source indicates also that the politician sometimes has the right to consult the judge regarding pending and just cases to remove the grievance from the people, and not in order to pass personal and private interests to undermine the independence of the judiciary, as Judge Ghada Aoun is doing now through the implementation of political decisions. He calls for adherence to the decisions of the Public Prosecutor of Cassation, as no one can ever deviate from them, and there are judicial references, judicial inspection and a higher judicial council that have the authority to hold accountable.