Popular confrontation is the only answer to Lebanon’s Dilemma 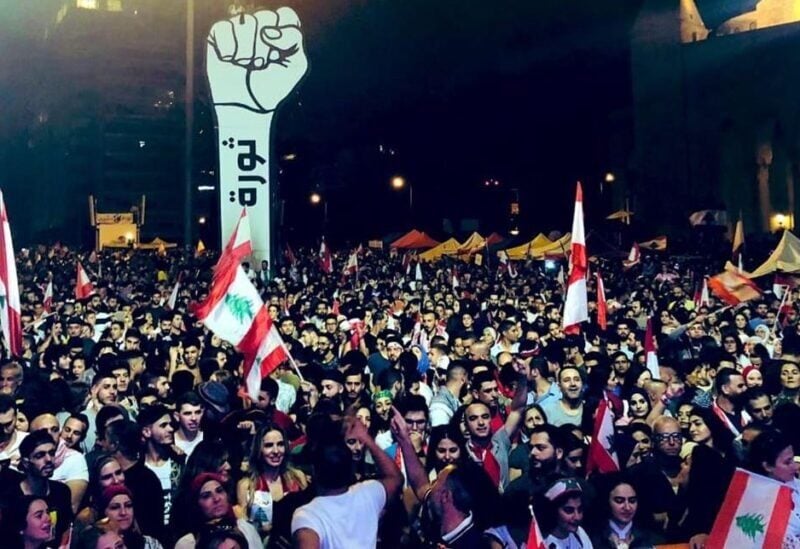 Street’s popular confrontation is the only answer to Lebanon’s dilemma, no matter how complicated the scenarios are. This confrontation is what brought down governments and shook the covenant and led to the “respectful’s” resignations from Parliament. And no matter what image surrounds the revolution today, what is required, is a spirit’s rebirth inside the peaceful popular movement’s body, this alone can achieve a breakthrough within the corrupt authority status quo. For the peaceful Popular activity is distinguished with rising horror in corrupts ranks, it confuses them, knowing that being held accountable by the people, is inevitable.

Popular movements’ demands should be at sovereignty level, first of all, raising the slogan of withdrawing the Iranian illegal weapons of Hezbollah, and the occupying Persian expulsion from homeland. The revolutionists, who were indifferent to Amal and Hezbollah’s bullies “shabiha”, are the ones who set up symbolic gallows in the Martyr’s Square a year ago, and executed ‘Nasrallah” and “Aoun” and the rest of the criminals who looted Lebanon.

Nowadays, the world is monitoring all what is happening in the Middle East, and the current democratic White House Administration will not be indifferent towards  Lebanon’s t peaceful popular movement, if it gets in effect again, this coincides with important data that leads towards very important developments, as  Arab countries as well as Western ones, are no longer supporting  any Lebanese  personalities, parties, Tayyars , blocs and movements. The Arab and Western countries are only supporting projects, orientations, and firm wills, that might save the country from the domination of the ruling junta, and puts an end to the state institutions’ bleeding collapse.

The talk about helping Lebanon through aids has stopped, instead, countries are talking about a new phase of dealing with a country, where urgent tranquilizers are no longer useful. Lebanon has collapsed on both economic and political levels, and the bankruptcy its banks are witnessing, is a result of the current authority’s departments bankruptcy, and the abolish relations’ policy Aoun and Hezbollah have adopted towards everyone, has made the country a hostage for a Persian project, its only goal is to secure the interests of a ruling junta in Iran, and this is not considered merely a crime, but a series of crimes as well, that will destroy Lebanon’s independent entity in the future.