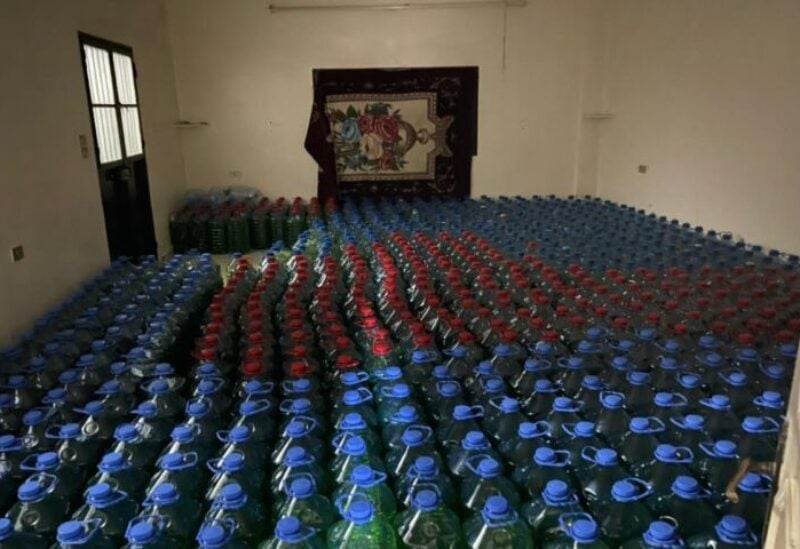 Quantities of gasoline fuel confiscated in a home in Tyre

The country has many proverbs that talk about “hiding” and “storing”, the most prominent of these proverbs: “Save your white penny for your black day.”

Lebanese rarely trusted the authority, and that’s why they store everything: medicines, money, flour, foodstuffs, and fuel. This non-confidence is attributed to their previous experiences that never encourage them to trust the authority:

If these people had not done what they do, they would have been standing in “humiliation queues” in front of pharmacies, banks, bakeries, and gas stations! Why does the authority blame them, because they have insight? Is it because they did not believe their promises? Didn’t the Minister of Public Health say: “There is no need to panic? What was the result? panic and even more.

The “relaxed” people today are the ones who didn’t believe the promises of the authority, unlike those who believed its promises and fell into the taboo, and are still in it.

Since when does the authority care about the public safety of citizens? If it cared, we wouldn’t be in this catastrophic situation.

They tell people, “You are storing staff in a dangerous way.” But since when does the authority care about people’s lives?

The authority always warns of danger after it is “too late”, but what is the benefit of these warnings then? Practically nothing.

Citizens worry about the “control measures” that look like parades. Why the authority has woke up today and not before? Is there a “hidden pole in politics”? Everyone knows that storage places cannot be build overnight, nor can be done secretly.

Even small storage places require at least one month to be completed, so how were they allowed to do so? And why were they left to build these reservoirs if they were illegal? The Lebanese are accustomed to recognizing crises, so what was the mistake they made?

Instead of the authority punishing them for detecting crises, it was supposed to work on finding solutions for these crises, rather than punishing citizens because they tried to solve it on their own way. Citizens have been despaired of the authority’s approaches, which doesn’t wake up until it is too late, and does not secure medicine until the patients die.