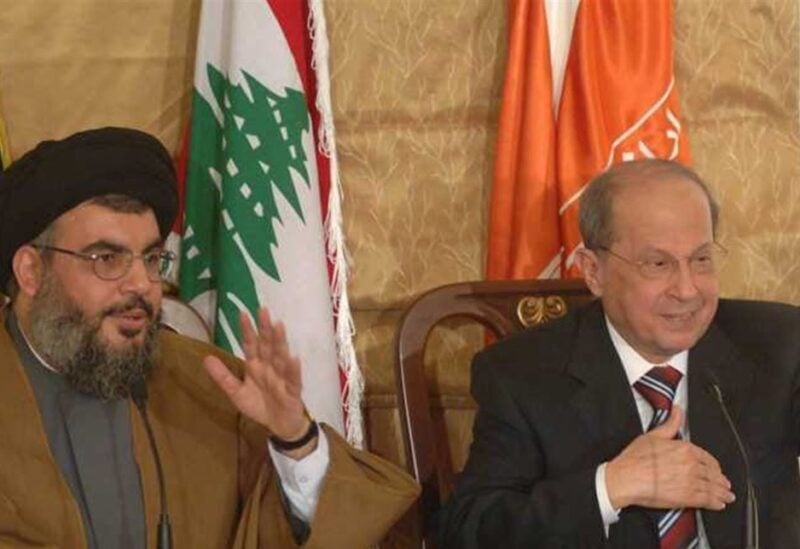 One of the followers of the zajal party of the type of “cursing” that takes place between the head of the Free Patriotic Movement, former Minister Gibran Bassil indirectly, is pleased that the responses are handled by the hawks of the movement and Basil’s soldiers who advance the ranks to repel the arrows directed at them that kill them, especially with regard to the Ministry of Energy, and the money that was wasted in its coffers for more than 10 years, and the fact that the Prime Minister-designate to form the Lebanese government, Najib Mikati, does not have a parliamentary bloc to repel this attack, the response was direct and did not prefer silence, according to a special source for Sawt Beirut International.

At a time when the fronts between the “Orangers” and Mikati have been borrowed for considerations that are not hidden to anyone related to the authority of the “Free Patriotic Movement” that he is trying to consolidate because the exit of President Michel Aoun does not mean their exit from power, so the plan drawn up by “Al-Shalouhi” is to use all weapons to preserve what remains of their presence in power at a time when Lebanon is in a state of complete collapse in the absence of any plan to save it.

On the other hand, “Hezbollah” is watching this political scene that undermines all the foundations of the state, a matter that removes from it the obstacles that allow it to monopolize all decisions, especially with regard to the issue of demarcating maritime borders, despite the assertion by the Secretary-General of the party, Hassan Nasrallah, that he is behind the state, which has many heads, and will not move a finger to cool the front between the two parties for several reasons, including that the presidential broth is a blurry scene, because he is not sure of the possibility of delivering the candidate who secures his freedom to move on the Lebanese scene, as he is in a dilemma in terms of marketing former Minister Suleiman Franjieh, and if he manages to convince former Minister Walid Jumblatt, he will not be able to convince Basil because previous attempts to bring them together failed.

Therefore, the source believes that the vacuum constitutes a golden opportunity for “Hezbollah” to completely clamp down on the joints of the state, so the call to elect the president of the republic will not go its way to implementation during the month of September, and “Hezbollah” will resort to supporting the “Free Patriotic Movement” when this maturity approaches, in an attempt to stop Mikati’s hand and not allow him to be the ruler by his command in managing the vacuum unless the weighted share in decisions is given to them in light of international and regional rams, especially since what is happening in Gaza today is not similar to previous rounds and will have repercussions on the region after the Iranian positions that brought Lebanon into this equation, through the words of the commander of the “Quds Force” Ismail Qaani, who confirmed that “Hezbollah” is planning to deliver the last blow to the Zionist entity and remove it from existence at the right time.” He was preceded by the commander of the Iranian Revolutionary Guard, Hassan Salami, about Lebanon possessing more than 100,000 missiles ready to “open hell on the Zionists.” Here the question arises: Where is the Lebanese state and the President of the Republic, the Supreme Commander of the Armed Forces, from using Lebanon as a platform that might ignite Lebanon as a whole, while it is still collecting the remains of the victims of the Beirut port bombing, which the state’s pillars are facing in the face of the judicial process to protect their bosses and their “people”.