Protests sweep across Lebanon as governors bicker over personal interests 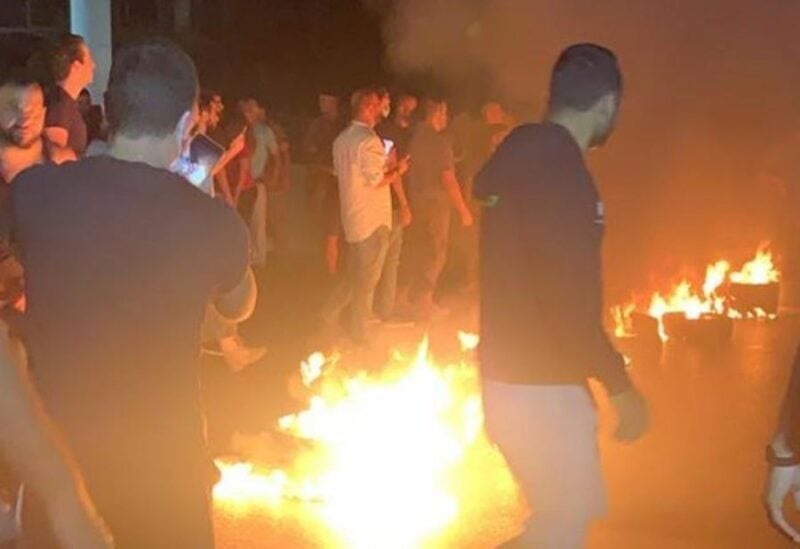 Lebanese people flocked to the streets on Tuesday, venting their anger at the deteriorating living conditions by burning tires and blocking roads across the entire country.

An inferno-like scene was spotted throughout the eastern, northern, southern, coastal and Bekaa regions after the whole population, of all sects, was hit by one of the worst crises in the country.

The Maronite Patriarch Bechara Boutros Al-Rai called for this uprising in front of a mass crowd in Bkirki, encouraging the people not to remain silent in the face of the ruling class which has been controlling them with blatant oppression and criminality.

Patriarch Al-Rai has seen Lebanese governors indulging in their political quotas at the expense of the problems that the country and its people are grappling with.

The scene of raging fires across squares and in all directions is a proof that citizens are fed up with their governors and have decided not to stand idly by anymore in the face of an authority that has stolen their money and left them fighting poverty and hunger.

The people’s anger burst out after Lebanon’s pound currency hit an all-time low, exceeding 10,000 LBP against the U.S. dollar. What we saw yesterday reminded us of the street protests that took place in October 17, 2019, which are seemingly renewed now and are likely to be more violent this time in light of the politicians’ ineptitude in handling the dangerous economic and financial meltdown.

This political ruling class continues to bicker over the formation of a new government which is yet to see the light, pending a consensus impeded by a conflict of interests between the concerned officials who have turned a blind eye to the people’s suffering.

Yesterday’s popular movements are likely to grow in intensity after politicians have proved that they do not care about Lebanon and its future and that they are willing to do anything in order to defend their interests even if the whole country turns into ashes. Meanwhile, they are acting as if everything is going well.

All officials in charge of domestic affairs, starting from the President of the Republic Michel Aoun, Speaker Nabih Berri, caretaker Prime Minister Hassan Diab to PM-designate Saad Hariri and leaders of parties, political movements and parliamentary blocks, do not actually need words from advisors to get to realize that what happened in the last few hours warns against a renewed uprising across the country.

Such uprising is likely to the most dangerous one because it stems from hunger and poverty which had not reached that frightening level when the October 17 uprising broke out. As well, political ineptitude and large-scale corruption had not been unraveled in the worst ways back then, and the Beirut port explosion had not yet happened in that stage with all its massive repercussions. The health sector also had yet to be overwhelmed by the COVID-19 pandemic which has caused now tragic impacts on the whole society.