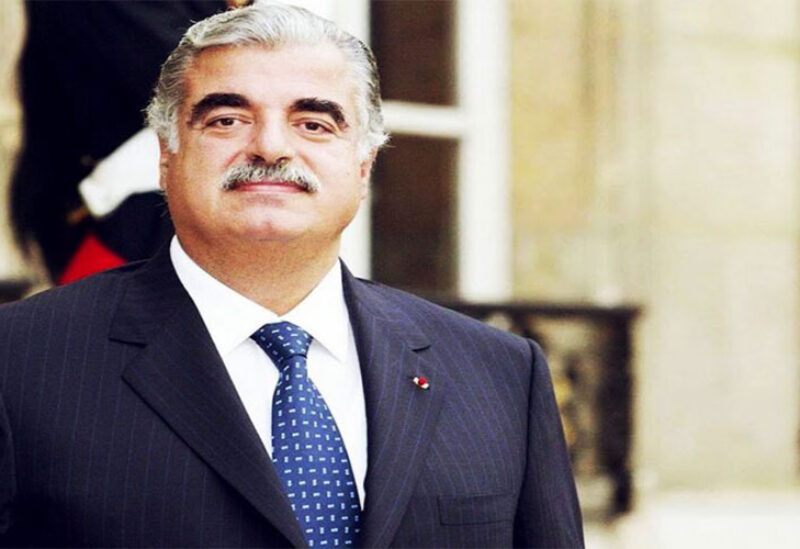 What is most difficult regarding writing about Martyr Prime Minister Rafik Hariri, is that the one who wants to write about him, must be familiar with his political career, since he started public affairs in the early eighties, up to February 14, 2005. A quarter of a century of national, humanitarian and political work, and then, someone brags about his ability to write about him in few lines.

Never in the contemporary history of Lebanon, has a political figure been given as much attention during his life, and after his martyrdom, as Prime Minister Rafic Hariri. It is not something usual, that seventeen years after his assassination, he is still the center of news, and it is rarely that front pages are void of his name.

Whether you Love him or hate him, this is not the case, as this the fate of those who work in politics. But what no one can ignore, is that this self-made, who built himself, became the number one politician in Lebanon, and this angered many Lebanese politicians, and even the the Syrian regime, all the way to Iran.

When Lebanon was forbidden from having a foreign policy, Rafik Hariri was a “foreign ministry” by himself, meeting kings and presidents and sending them invitations to visit Lebanon. He meets the Emperor of Japan for a period of time that exceeds the period specified by protocol, the same he meets any citizen of any Lebanese region. He had a tremendous ability to communicate, and he did not “cut the thread” with anyone.

The goal of the opponents at home and abroad, including countries, was to reduce his impulse or “curb it.” Syria chose Emile Lahoud as President of the Republic, only to stand in the face of Prime Minister Hariri, and the former president owes his debt to the martyr, for without him, he would not have reached Baabda Palace.

They talk about “waste and corruption” in his governments. Do they remember who formed his governments? And who was “deciding” the ministerial statements? Former MP and Minister Marwan Hamadeh recounts that in one of the governments he was a member of the ministerial committee to prepare the ministerial statement, after the statement was completed, he carried it to Prime Minister Rafic Hariri to inform him of it. When Hariri reached the “implementation of the Taif Agreement” paragraph, he stopped reading and looked at Minister Hamadeh in astonishment, telling him: “You want to kill us, Marwan?”

The implementation of the Taif Agreement was supposed to begin its after its signing, that is, in the last week of October 1989, but the implementation began with assassinations, where the first post-Taif president, the martyr Rene Moawad, was assassinated by the Syrian army, after that the Syrians controlled Lebanon with all its joints, “resolving and connecting” without any deterrent.

And when the “new historians” and impersonators of the historiography profession write about that era, they blur that the Syrian was the one who ruled. These new historians were among his accomplices, and today they have changed their allegiance.

Rafik Hariri, the billionaire, who can believe that he entered politics in Lebanon in order to accumulate his wealth? Whoever considers that Hariri has failed in the fight against corruption, we ask him: After Hariri’s absence, since February 14, 2005 until today, there were three successive presidents, and a multiplying number of governments , why did they not achieve what they were asking Prime Minister Rafic Hariri to achieve?

When someone would come and say to him: “Sheikh, you have become bigger than the country.” He rushes him with the following answer: “Let the country grow bigger, so I will look small by analogy.” They were aware that it was impossible to reduce him politically, so they used two tons of explosives to reduce and eliminate him, but the attempt failed: Rafik Hariri is still present, and his size has not diminished, but where are they now? And what are their sizes?