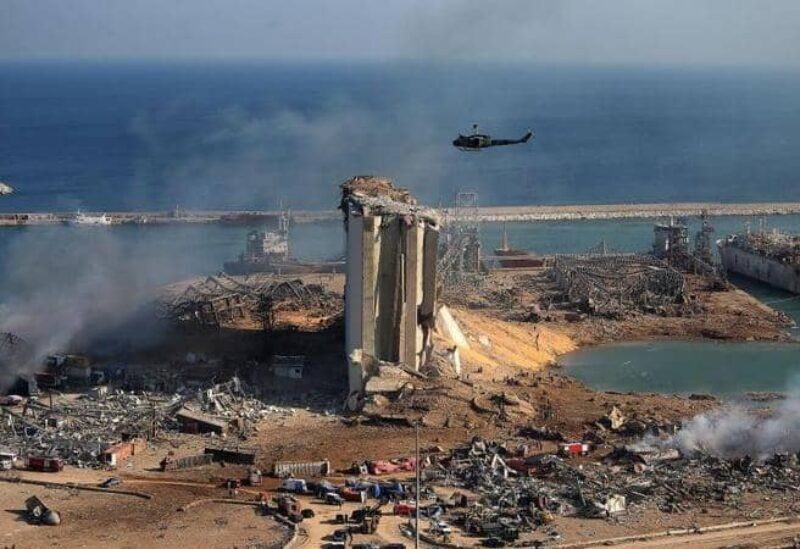 Members of Parliament, your immunity has fallen, so resign! Your demons, your chairs, your games, your speeches, your lies, and all your misfortunes are above our heads, and we will never forget your described crime and your attempts to evade punishment. A year and 5 months have passed since the port blast, but your crime will not pass and will never be forgotten.

Day after another, new information is emerging about Hezbollah’s connection to the Beirut port blast. Finally, a court ruling in Denmark was issued against the company that seized the Rossos ship in the port and led to the explosion of the capital of Lebanon, on charges of smuggling in favor of the existing authority in Syria. The explosive ammonia in the port was used to fill and send barrel bombs to the Assad regime, also backed by Iran, and this is a new fact that is very dangerous with its implications for all those concerned with the file.

The terrorist Hezbollah controls the state and does not want a government that convenes except by surrendering the Beirut port case and dismissing Judge Bitar, so it tightens the noose around the neck of the Lebanese by disrupting their government in exchange for striking the investigation into the Beirut port explosion case, and dismissing Judge Tarek Bitar. President Michel Aoun had ceded sovereignty to the party since the Mar Mikhael agreement, and is continuing. So, what is the solution?

The Judicial Investigator Bitar, is required to insist on arresting the detainees, and putting pressure on the judicial police to implement higher judicial orders, in addition to establishing the prestige of the judiciary and the state. The hammer of justice is not alone anymore, the hands of the free Lebanese and the masters will remain raised, with millions of hammers in defense of the truth until the last breath.

Your immunity MPs has fallen, and justice will be achieved. We promise you that the truth will come out, as your immunities has fell under the feet of our martyrs.