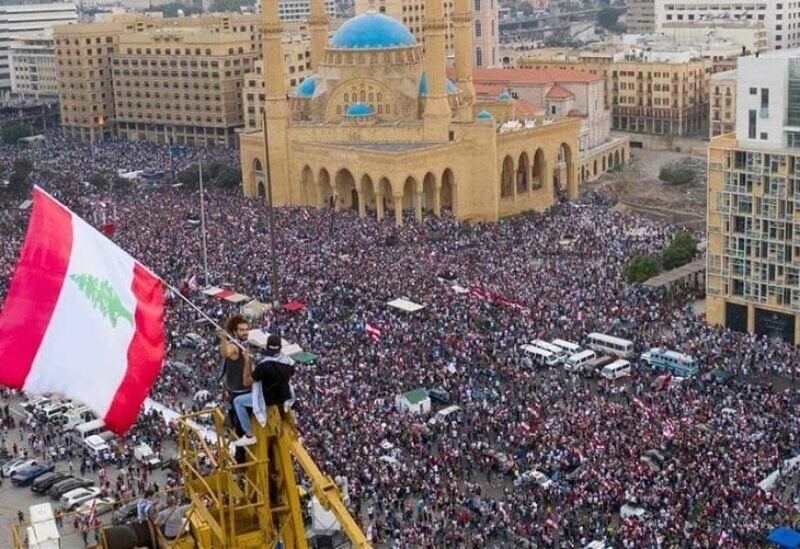 “All of them means all,” yes, it is the slogan of the October 17 revolution, which from the moment it erupted to this day has created suspicion among political officials or militia leaders, it does not matter, because what is important is that this revolution has etched in their minds that the people are no longer drugged, and that accountability is indeed coming.

The uprising erupted in Lebanon in order to demand the most basic rights of the people. We cannot forget that it is a revolution of the hungry against the ruling class. We cannot overlook the fact that it is the revolution of a generation that claims that it is marginalized, and that it will not have a future in its country. Yes, it is a citizen’s revolution accompanied by oppression, poverty and anger over the dignity we have lost under this abhorrent era.

After October 17, this worn-out class is reconsidering every step it takes. It is certain that this revolution confused the regime on which the country was based for decades, and destabilized the peace of the rulers of its militias.

The birth of the non-sectarian Lebanese citizen is a unique step that prompted the masters of the covenant to find themselves facing the Lebanese people, so who is better to stay, the militia or the people?

Finally, it is the duty of the homeland revolution to return to the street and say that there is no confidence in the Mikati government. The political class returned to the government, and it is certain that the authentic Lebanese rejects the political party that the civil war brought out, not even residing in its place for thirty years without budge.