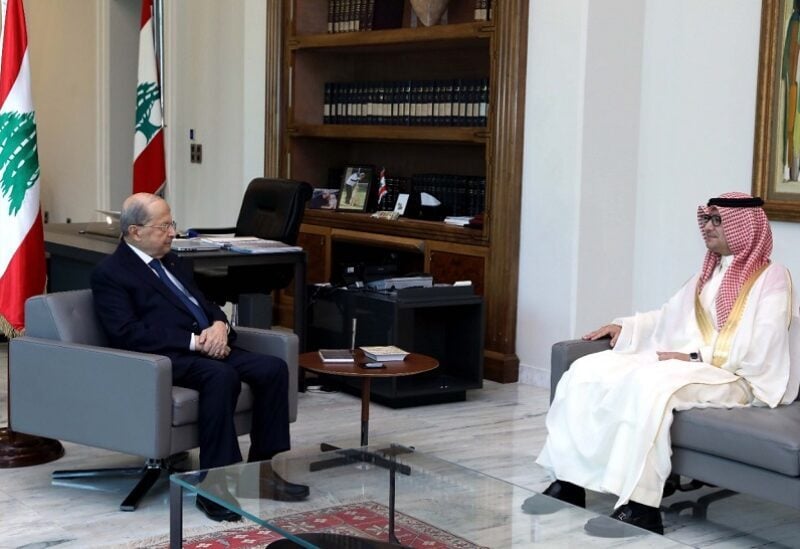 President Aoun and the Saudi Ambassador

Those who believe that the Arab and Gulf countries, particularly Saudi Arabia, will leave Lebanon and its people to “the crows” to devour what remains of a country that was a beacon to the East, according to a special source for “Sawt of Beirut International”, is mistaken.

The return of the Saudi ambassador, Walid al-Bukhari, to Lebanon, which established the return of many ambassadors, according to the source, had an impact on the Lebanese street and could not be considered a confrontation with the “Iranian axis” represented by Hezbollah in Lebanon, just as the kingdom did not cut diplomatic relations with Lebanon, but instead summoned Its ambassador, and this matter was clearly expressed by its ambassador, and this matter is known in the diplomatic law that controls the work of diplomatic missions, and it is not understood by those who violate the sovereignty of countries by the situation and by military intervention, and this matter is a reason to brag about Tehran, which admitted its bombing of Erbil.

As for the positions and visits of Ambassador Al-Bukhari, his meeting with President Michel Aoun at Baabda Palace was a clear title. It is the beginning of the diplomatic framework through the time it took, which did not exceed 15 minutes, as he stated decisively that the kingdom “restored relations with Lebanon’s people,” and this is the most informative evidence The official relationship did not remove its dark clouds, which were expressed in the statement of the “Strong Lebanon” bloc, which considered that the scenes of gathering the ruling political system in Lebanon at the embassies tables…. And it reminds us of the days of Anjar,” while the bloc forgot to break the directives of the bloc’s head, Minister Gibran Bassil, and did not take a clear position on the Houthi bombing that targeted “Aramco” institutions.

The source added that the calls made by Prime Minister Najib Mikati for the Arab countries to return to Lebanon and the guarantees he had promised in terms of not allowing interference in the affairs of Arab countries were not the only sole motive. The systematic Houthi bombing is Iranian, and it entered the line of treatment because Tehran reassures the French movement and considers it a “friend,” especially during the difficult nuclear negotiations in Geneva. He is well aware that what is decided in Tehran must be reflected in the arenas it controls, especially in Lebanon. France is also striving to restore calm to Lebanon by settling Iranian-Saudi relations, and it aspires to rebuild Lebanon and Syria together with giant projects.

The source continues that the Kingdom does not leave Lebanon to the spoils left by some of the previous alliances between some of those who spearheaded the sovereigns and left leaving destruction at the level of the people against the deals that contradict the concept of sovereignty and free decision.

As for Al-Bukhari’s diplomatic movement, it is clear in terms of the type of people who were invited to the Iftar tables, and the two visits made by the Saudi ambassador that the patriarchal edifice in Bkerke and Dar Al-Fatwa have their symbolism, as Mufti Abdel Latif Derian and Patriarch Mar Bechara Boutros Al-Rahi are the pillars of the battle to get Lebanon out of the mantle The Iranian regime and its removal from the conflict of the axes and making it a platform for intervention in many countries, in terms of positions or military support, and therefore the coming days may bring some détente, on the economic level, through French, Saudi and American cooperation to support humanitarian work and achieve stability and development.