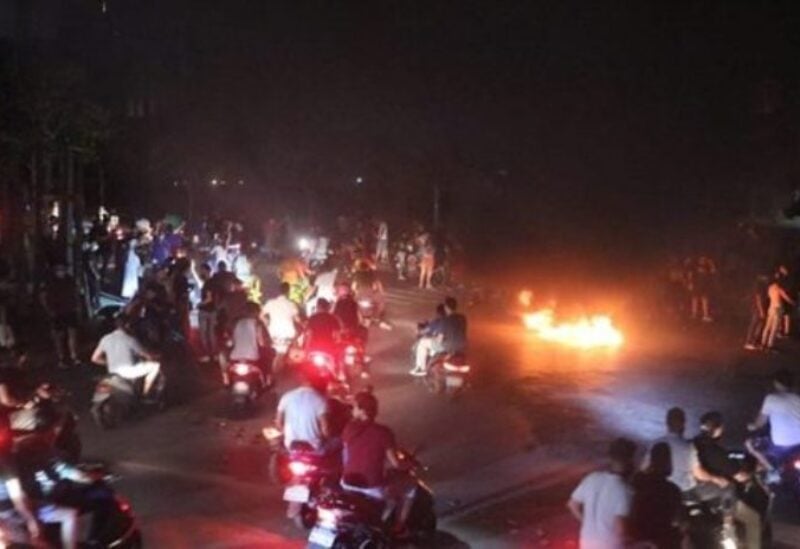 The situation in Lebanon has hit an alarming level as the people are now fighting over a “bag of milk” or a “bottle of olive oil”.

The streets have been brewing with angry faces and burning tires with several main road entrances shut after the Lebanese people no longer have access to the most basic means of survival and the pound currency, which has tumbled to an all-time low, is now on the brink of total collapse.

Despite such incidents, it doesn’t seem like the state has any radical solution, but rather a series of fake solutions, namely shutting down electronic platforms which peg the U.S. dollar exchange rate and arresting those who exchange “fresh dollars” for Lebanese pounds.

Dollars transferred to Lebanon in more recent months are locally known as “fresh dollars,” a term coined by the Lebanese banks to make a difference between the new dollar transfers and the old U.S. dollar bank accounts of depositors who have been denied USD withdrawals.

Another state solution lies in arresting the “rioting people” and cracking down on those who manipulate the prices of commodities purchased by the Lebanese and engage in monopolistic practices. We can say here that such solutions are like attempts to cure a patient with the very cause of their illness.

A source that has been monitoring state resolutions wondered why there is a lack of seriousness in dealing with the social and economic situation the citizens are going through while the authorities “are trying to cure it with painkillers which are not suitable for its illness.”

All these resolutions are nothing but a waste of time pending the outcome of the wrestling between regional and international forces – in particular with regard to Iran’s nuclear file – which will not seemingly come to light, according to the source.

It added that the scene of motorcycles heading towards the Baabda Palace calling for toppling President Michel Aoun was seen by some as a well-devised plan to trick the people into believing that the presidential position is being targeted by Aoun’s allies, which would make citizens rally around him again.

This comes after the Free Patriotic Movement tried to stage a protest in Kesserwan in order to be in confrontation with the other demonstrations, but it had been called off before people started gathering.

The main purpose of the motorcycles scene is to send clear messages to whom it may concern: the “resistance axis” is the one that decides on whether President Aoun shall be toppled or shall remain in office. No one is able to topple the president whatever pressure is exerted by street protests.

The entire country is now in chaos and it is hard to tell who is winning over the others, according to the source.

“Eyes will remain fixed on Bkirki which has lifted the cover off all those who were seeking protection under its cloak,” the source said, adding that Patriarch Al-Rai called, through his stances and visits, for distancing Lebanon from all regional and international conflicts.

The Lebanese people will remain a victim of tensions until whatever God has ordained takes place.