Shea tossed Kandahar Stigma, will she continue with developments in Tripoli? 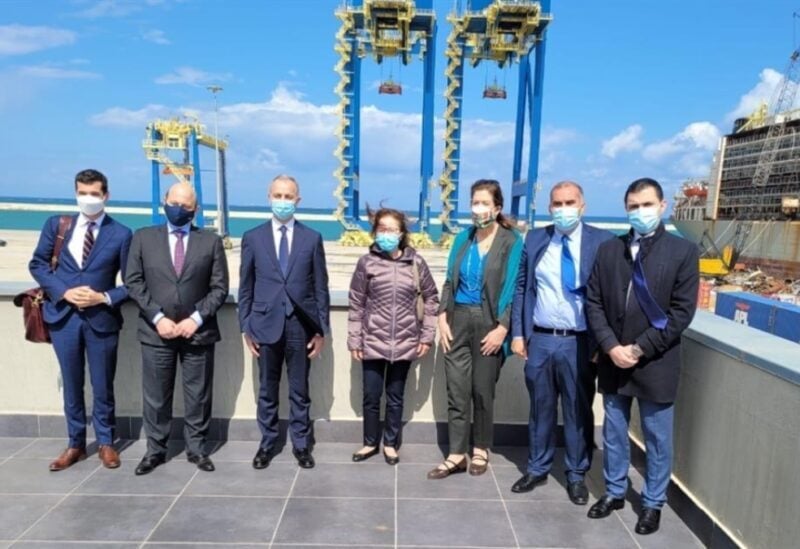 Shea at port of Tripoli

(Wednesday, December 9, 2020), (Friday, December 11, 2020), (Thursday, April 1, 2021), (Friday, May 14, 2021), four dates, separated by only five months, during which the second capital of Lebanon, Tripoli, witnessed four important visits, three of them By the US Ambassador to Lebanon Dorothy Shea, and the fourth by the French Ambassador Anne Grillou.

Usually, an accredited ambassador’s visit to a Lebanese city, is not of a great deal, but what is remarkable this time, is that it was repeated three times by the same ambassador in a record period. Noting that this ambassador has never done such a move in any other Lebanese city before, and the most important thing is that it came after hired and malevolent internal trumpets have long played the symphony of accusing this city with extremism, fundamentalism and terrorism.

The port of Tripoli, the jewel of the city’s crown which formed the beginning of its path towards economic recovery, has become of an attraction site for foreign countries, after it has been repeatedly neglected by its own country. Mobilizing its utmost efforts to support its stumbling and afflicted brother, port of Beirut, after the catastrophe of August 4, has rewarded it with ample goodness. In addition to its revivification by the closure of the Syrian and Turkish common borders. Majority of the ships that its goods should be stored were transferred to it. And thus, the foreign and Arab ambassador’s attention was directed to it, to see to its needs, and the most important of them were the American and the French Ambassadors.

Grillou’s recent tour in the city, after more than once , was marked by allocating Tripoli and its institutions exclusively with aid, when it announced in early March 2021 the provision of 1.1 million euros worth of aids to the residents of Tripoli and its vicinity. Where non-governmental organizations distributed it in the form of food aid to 20 thousand families for a period of 6 months. Following the visit of Grillou on Thursday 10 December 2020, the Mufti Mayor of the city, Sheikh Muhammad Imam, she visited on Friday the 11th , with a delegation from the embassy, ​​ the port of Tripoli and the Chamber of Commerce, Industry and Agriculture there, and was received by the director of the port Ahmed Tamer, the head of the economic zone Hassan Dinawi, and the president of the Chamber of Commerce Industry and Agriculture, Tawfiq Dabbousi, and Antoine Amatouri, Chairman of the operating company of the container terminal at the port “Gulftainer”, and Regional President of the French CMA CGM Company, Joe Dakkak.

Grillou assured to the officials her support to “any French investment in the port and the economic zone, due to their strategic importance, and her willingness to provide any assistance from French utilities.” Amatouri explained to Grillou “the importance of partnership and cooperation between his company and CMA CGM.”

The French response was not too late, and it is hoped that the American promises will be translated. About a month after Grillou’s visit to the port of Tripoli, the later witnessed a very important development, represented by the launch of the CMA CGM Company (with the guidance and consent of the French government) two new marine lines starting next February (last), a base station for two maritime lines for its ships in the Eastern Mediterranean. ”These two lines are (according to the statement):

The port administration statement indicated that “the two lines will approve the port of Tripoli for local cargo and transshipment services, bringing  the monthly average of container ships in the port from 12 to 22 vessels,” stressing that the adoption of the two lines “is a shining evidence of the great confidence of international companies in our advanced services.” Tamer emphasized that “the port of Tripoli is heading, starting this year, with funding from the Islamic Development Bank, to be one of the most important logistical ports in the eastern Mediterranean.”

As for Ambassador Shia, she followed her first visit to the Chamber of Commerce and Industry on December 10, 2020, with two consecutive visits, the second on April 1, 2021 to the port, and the third on May 14, to the elderly home and a group of social institutions, where she listened to a detailed explanation from Tamer about the Islamic loan With a value of $ 86 million and how to use it to convert the facility into a smart port and establish the necessary infrastructure, she also showed her country’s interest in the port and the special economic zone on its campus, stressing during a lunch in her honor that “the port will be on the American agenda, especially as it is far from the influence of Hezbollah and Iran. And its movement can be controlled which deter any  smuggling attempt through it.

In addition to the French and American interest in the city, Dubai and Jebel Ali Ports, in cooperation with the former Emirati ambassador, Hamad Al Shamsi, examined the status of the port, promising cooperation with the Chamber of Commerce and Industry in Tripoli to invest in an international port, a smart airport, a gas and oil platform, in addition to addressing the problem of pollution resulting from A mountain of waste using the latest scientific methods, which would return Tripoli to the tourist map, but the Emiratis have not presented any offer yet. The Emirati preparation coincides with a Saudi effort through the King Salman Abdulaziz Foundation to develop a program that includes a series of aid to Tripoli.

Many questions arise from the citizens  of Tripoli and the people of the North in general, despite their subconscious satisfaction at the contribution of Ambassador Chia’s visits to their city in stripping away the stigma of Kandahar , about the reason of American indolence in the actual investment in the northern capital facilities and the lack of promises so far in this regard, despite the many logistical moves on the ground, and they are wondering whether it is just for survey and observance, in search of real opportunities represented by seeing a great and serious effort from the people of the city to present integrated and achievable projects that are accompanied by urgency and perseverance, which gives the American side in particular, the Saudi, Emirati and Gulf countries in general confidence and pushes it to take action through investment.

And since the countries are not a charitable organization but are looking for their interests, it seems that the American and French moves were aimed at finding opportunities to invest in the promising facilities of Tripoli, so there is nothing wrong, and “lucky is the one who benefit and make others benefit”  So, will the Tripoli people, and the Lebanese in general, grab the opportunities of the Western openness to Tripoli and meet it With promising projects, so that people’s hopes  who have long been deprived of , those people who are fed up with promises and no longer rely on it, will it be fulfilled ? The matter is entrusted to the people of the city to get out of the long nightmare, and only brave ones win.

Let us wait and see.