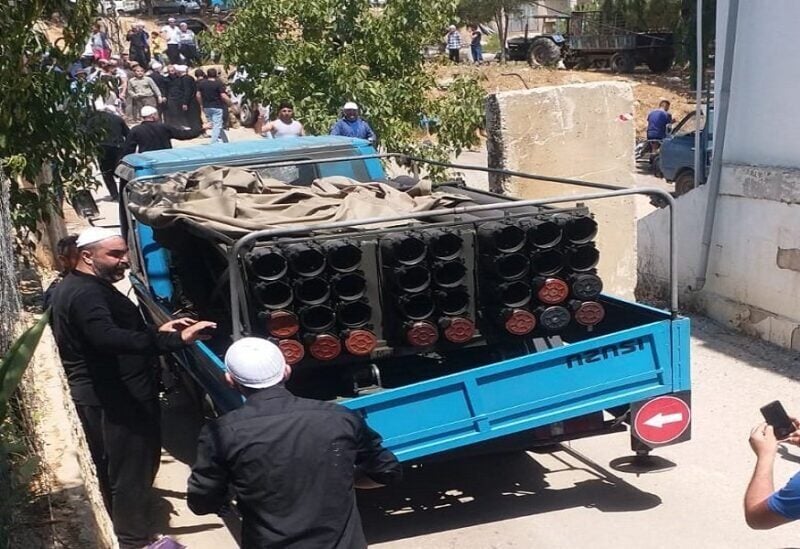 In order to understand what happened in Shwayya town, we must take a step backward, to explore what will happen in the future.

.Hezbollah’s problem with South Lebanon is a three diagonal one, it is linked to three stages where the “wali Al-Faqih” party was not yet a pioneer in the South, but rather an affiliate, but it gradually climbed-even though on bloody basis most of the time- until it reached the current stage.

After the 1969 “Cairo Agreement” between the Lebanese state and Palestinian Liberation Organization (PLO), under the Egyptian auspices, the PLO got a free hand in the South.

Shwayya elders say that there was a military fortress built by the French in the town, but it was destroyed in 1969 after the leadership of the Palestinian revolution was stationed there.

At that time, the town of Shwayya had no choice but to stand by the Palestinians, and therefore accusing them of being “agents” goes back to that stage, when there was no such thing as “Hezbollah” but rather a Palestinian resistance supported by some Lebanese leftist movements.

On September 16, 1982, following the Israeli invasion of Beirut, the Secretary-General of the Communist Party, George Hawi, and the head of the Communist Action Organization, Mohsen Ibrahim, launched and signed the first statement of the “National Lebanese Resistance Front”, known for its acronym “Jamoul”. This “second generation” of the resistance against Israel, had no mention or trace of Hezbollah. The first operation was the Wimpy Café operation in Hamra, after which the operations were repeated until the Israelis said through loudspeakers: “people of Beirut, stop shooting, we are withdrawing.” On that day, too, there was no presence of Hezbollah.

And thus, operations continued, whether in Beirut or in the south. According to official statistics announced by Israel, 386 members of its military were killed, by the “Lebanese National Resistance Front’s” operations, between September 16, 1982- the date of the first bullet- until 1985. All of this was done by the resistance, and Hezbollah had no role in it. The resistance in the town of Shwayya was part of it. Walid Barakat, Youssef Barakat and Mazyad Daibes, sons of Shwayya, were killed, some of whom were mourned by the Communist Party, and others the Progressive Socialist Party, and also there was no trace of Hezbollah.

The Lebanese National Resistance Front was not met with honor from Syria or from Hezbollah, but rather with persecution, until it was forced to stop its operations. And when Syria and Hezbollah stipulated that it submit to their military operations room, and work according to their agenda, it did not comply, and it was forced to stop its operations, and they began to  persecute its fighters and intellectuals, so the banner in the south changed from the “Lebanese National Resistance” to the “Islamic Resistance,” which is the other name of “Hezbollah.”

Although the “Lebanese National Resistance” declined, but nevertheless, it was persecuted, its officials and members were subjected to assassination attempts. Assassinations resumption, after the return of the Syrian forces to Beirut in 1987, was not a coincidence. A communist leader, Professor of Philosophy at the Lebanese University, Dr. Hassan Hamdan, known as Mahdi Amel, was assassinated.  Shiite references refused to proceed with the funeral for the deceased because he is a communist, then and funeral prayer was offered for him in the Imam Ali Mosque on the new road (Tariq lijdide),  the funeral of the Souhern son of  Harouf, a Shiite communist, took place at a Sunni mosque. On that day, George Hawi said: “Reactionary and obscurantist thought killed Mahdi Amel.

Assassinations were not restricted to Mahdi Amel, but also reached the Communist thinker Hussein Mroueh, who was assassinated in his bed in Ramlet al-Bayda.

Shwayya paid the price of “Fatah Land” up to today by trying to invade it, so has Hezbollah learned its lesson? Will it be certain that many areas in the south are no longer an “incubating environment” for its practices?