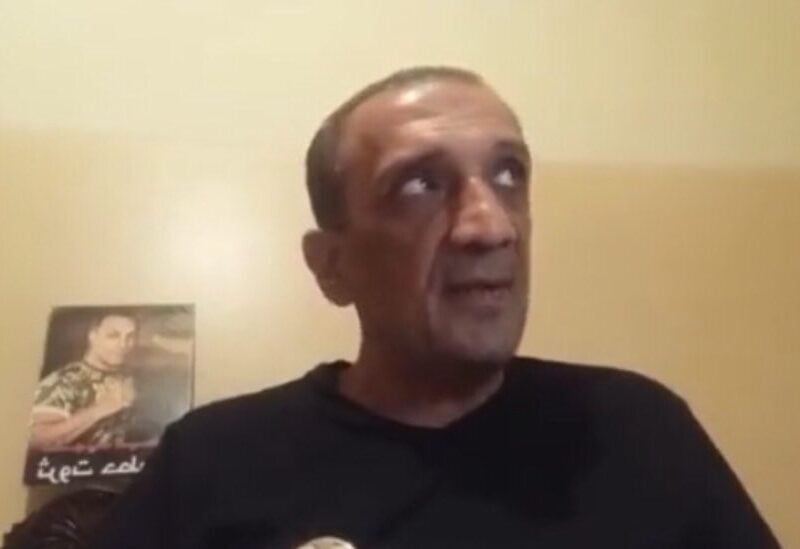 Hezbollah is still striking in all directions in search of any loophole to overthrow the judicial investigator, Tariq Bitar, who obtained important information about Hezbollah’s involvement in the port explosion.
The Tayouneh incidents and the attempt to ignite a civil war again, were not enough for the ” Party”, but it came to threatening the spokesman the port victims’ families, Ibrahim Hoteit, and forcing him to read a statement written in the party’s basements, where Nasrallah is hiding, in clear wording that indicates irrefutable touches of the expressions and vocabulary that the party uses it in its war on Bitar.
In a video clip, Hoteit called on Judge Tariq Bitar to step down, sending his deepest condolences to the families of the Tayouneh victims who fell on Thursday.
He considered that “what is happening in the investigation carries within it, lot of politicization and discretion,” and called on Judge Bitar to step down and make room for someone else who would be faithful to the martyrs’ blood.
Hoteit’s words fell like a thunderbolt on the victims’ families, who were surprised by his statement, which in an unusual way, Hoteit did not inform them, about the content of his statement.
Sources close to Hoteit confirm that he was threatened by Hezbollah, and he was summoned and handed the statement attributed to him, to read it directly, and party members were sent to his home to force him to film a video and read the statement.
The sources added to “Sawt Beirut International” that Hoteit was subjected to previous threats, and that the party repeatedly tries to intervene through Hoteit to deliver messages in order to show that the families of the victims agree with Hezbollah’s same concerns.
It pointed out that this time the threat was direct and came from a high-ranking official in the party, and this explains Hoteit’s reading of a statement prepared in advance, after an introduction he read in a trembling voice, and his looks were not normal, but rather confirm that there are people behind the camera on his right and left, and that he was forced to reading it.
The sources add that it was clear that the content of the video came to contradict all what he had stated before, and even contradicts the context of his statements, which he does not issue, unless after consulting with all the families, only to be all surprised, that he said what he said on their behalf, without referring to them.