The mystery of Turkish ships and its entitlements! 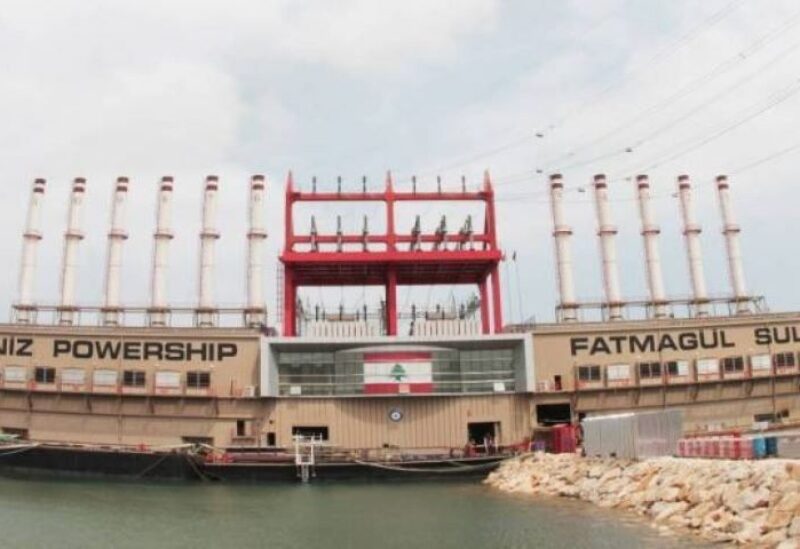 Several years have passed since the Turkish ships have been granted to the Lebanese. These ships have cost the state treasury worth millions of dollars, however, without any tangible results.

The operating contract for these ships has expired late September, without bringing any beneficiaries to the state, but rather burning diesel in the sea, causing pollution in the sky, and accumulating debts worth $200 million.

The Electricité du Liban (EDL) has started issuing “obituary” statements, which stated that the rest of the power plants that are still operating at a minimum level will stop producing energy. After 10 years of promises of providing 24/24 electricity, there aren’t solutions on the horizon except “patching” and plunging the state into darkness. Lebanese are waiting for external solutions, which remain a dream that will not be realized in the near term for several reasons.

Sawt Beirut International (SBI) interviewed the former Director General of Investment in the Ministry of Energy and Water Ghassan Beydoun about the problems and solutions that must be taken to reach the minimum level of feeding, and the reason behind the sudden stop of some plants after the ships announced their departure in less than 24 hours.

Beydoun said, in principle it is not necessary that the ships’ departure will impact power feeding negatively, because during their operation some units in the power plants were stopped due to fuel outages.

He pointed out that these ships use GRADE B fuel, which is used in the new Zouk and Jiyeh plant, noting that the mentioned ships have several financial and judiciary problems. It was found that they had financial dues to EDL worth $200 million, and this was declared to the public few days before its departure. These ships were originally stopped, when it was seized, and the question that arises here how to rerun it despite the difficulty of securing its dues from the Central Bank and EDL, which is unable to secure dollars to pay off its debt.

Beydoun considered that the ships have a positive aspect despite all circumstances, and it is represented in the new solution, which is securing Egyptian gas through Jordan and Syria to be supplied to the Deir Ammar plant. However, some problems cannot be resolved, and they are related to the inability to pay dues to them as well as judicial problems, in addition to the commission scandal that was leaked through the media and its impact on safety by continuing to deal with them.

He added that the difficulty lies in the possibility of continuing to provide power through the old plants in Deir Ammar, Zahrani, Jiyeh – Tyre and Baalbek. The hurdle also lies in the waiting period between the arrival of Iraqi oil and Egyptian gas. This is due to the mechanism, agreements, tenders, and the process of converting it into ready-made fuels, in addition to the confusion in the relationship between the Lebanese administration and the ministry in Lebanon, which is not clear in terms of its background, and therefore it is not possible to repeat with it another country.

Beydoun added that the process of importing Egyptian gas may take two months, so we have to find solutions in terms of securing treasury advances to EDL, and this condition is not sufficient. The EDL facilities should be rehabilitated so it administrations will function efficiently, and a new Chairman should be appointed and an alternative member to the one who resigned from its board, as most of those at the head of some directorates are appointed illegally.

The service providers hurdle began to emerge, according to Beydoun, because their contract expires at the end of this year, and the institution must be ready to take their place, especially since it faced a problem in collection and billing, which caused great losses to the institution. The uncollected arrears go back to a year and a half, which is equal to 1,000 billion LBP, equivalent to $600 million, according to the exchange rate 1,500 LBP per dollar, but with the lira tumbling against dollar, these amounts no longer have their actual value.

Therefore, it has become necessary to gather the departments of the institution in one building to restore the center that controls the network to its previous work in terms of knowing the load and those involved in it to maintain balance within the network because the port explosion had a great impact on the institution from a technical and supervisory point of view.

Therefore, it is necessary to find solution in order to avoid repeating the experience of ships with the failure that has become clear to all. The institution should reduce the debt in dollars to divide the contracts into pounds and dollars and reduce the cost of the contracts established from operating, maintaining, and replacing it with contracts with the manufacturer. The institution shall keep 4 or 5 foreign engineers, and to make contracts with others in Lebanese pounds.

Beydoun pointed out that the Council of Ministers should consider the proposals of the Board of Directors of the EDL to address the situation, not the Minister of Energy, because he does not have the required technology, while EDL is a legal institution which is independent of the Minister and has its own point of view, ability, vision and planning for the future.