Things have gone out of control, expecting the worse. 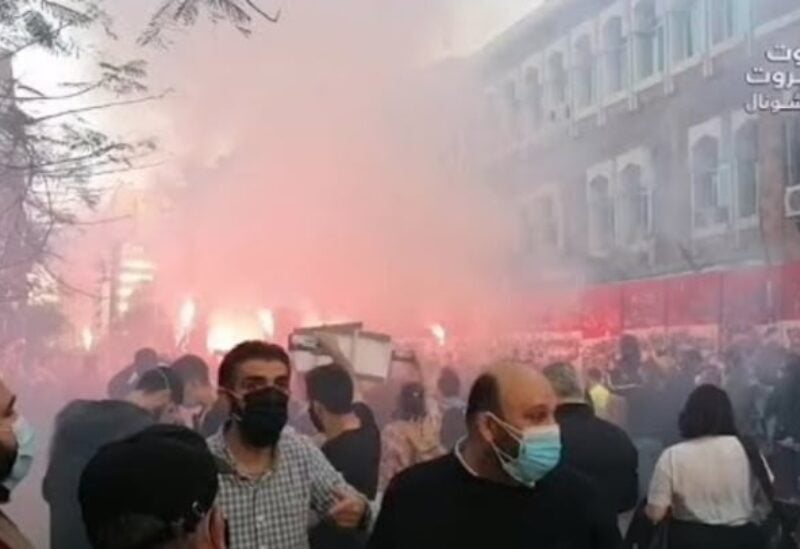 Things have gone out of control, expecting the worse, a summary on which experts in financial and economic affairs agree, and confirms that the conditions of the Lebanese are heading from bad to worse on their various life and vital fronts, and the ruling class is no longer able to curb the horrors of the collapse and cannot  nullify the fuses of the explosion. Dark indicators accumulate, negativity is growing, and the minimum wage in Lebanon has reached “the lowest level” by international financial standards, so that the income of the Lebanese is “less than the income of a Bangladeshi,” especially since the minimum wage in Bangladesh is currently at the level of $ 95, while the minimum wage in Lebanon has become lower from rom $ 70.

The repercussions of “Saturday of Bkerke ” and what the Maronite Patriarch Cardinal Mar Bechara Boutros Al-Rahi proposed regarding neutrality and the International Conference for Lebanon remained dominant in the domestic scene between supporters of and opponents of the Patriarch’s proposal. At a time, the government remained stuck between the barricades of the partners in disrupting its formation, and the continuous bickering between them on conditions that extend its imprisonment, between two mentalities rejecting each other, and they executed all opportunities for cohabitation between them.

The interior scene is led by total baffling   and confusion at the essence of a fatal crisis; The situation of the country is sloping downward, the dollar has flown, prices are on board, services are completely over, electricity is about to turn off, and fuel is getting ready to become the people’s burning ember. everything is finished, lost, or nonexistent. As for the players on the political and governmental stage, they rotate in the same empty circle, having fun with superficialities, sleeping deeply, leaving behind a dying country.

What might provoke a new – old wave of astonishment coinciding  with additional questions about the backgrounds of the deadly political blockage that is drowning out the current political reality is the stalemate that continues to persist in the eligibility of forming a new government as if it has become a forgotten entitlement on the shelf of coincidences. In the manner of “a harmful and beneficial one”, it seemed obvious that the people in power, along with all the political forces as well, be asked: What did you do about the initiative announced by the Maronite Patriarch Cardinal Mar Bishara Boutros Al-Rahi regarding the call for an international conference, because of his despair and the despair of most of the Lebanese as well as the international community, that any rescue move to Lebanon can be done by this authority .

In fact, and  in the wake of the strong hesitations aroused by the popular Saturday of Bkerke and the speech of the Patriarch Al-Rahi, the internal political bankruptcy was revealed in its worst features through the lack of any credible move to revive the dormant spirit in the course of forming the government, While the ruling, authoritarian and political milieu as a whole seemed to be on long vacations! With the completion of the image of supporters, opponents and rejecters of Rai’s  initiative, the Patriarch showed through his television appearance yesterday night with the Al-Hurra channel that he is going forward  in his proposal for an international conference as long as the internal alternative are not available, if not impossible.

However, prominent political circles who supported the initiative of the Maronite Patriarch did not obscure their fears of placing the patriarchal position among the barricades of those in power in the prolonged struggle over the new government, noting that the regional reality that pressures Lebanon now threatens  further hardening, and it does not seem that the release of the coming government will be available before major aspects of the regional scene related to the American-Iranian pulling ropes  are cleared up.

On the government front, efforts to restore the heat to the lines of communication to form a new government have not been frozen by the Prime Minister designate, Saad Hariri, upon the intransigence of the Baabda team and the Free Patriotic Movement, With the ambiguous and complex lines that its president, Gebran Bassil, tried to bargain with, to no avail, but the French side continued to work to overcome obstacles and complexes, through the French ambassador to  Beirut, Anne Griot, who was entrusted with this task on the ground, and for this purpose she visited Baabda palace.