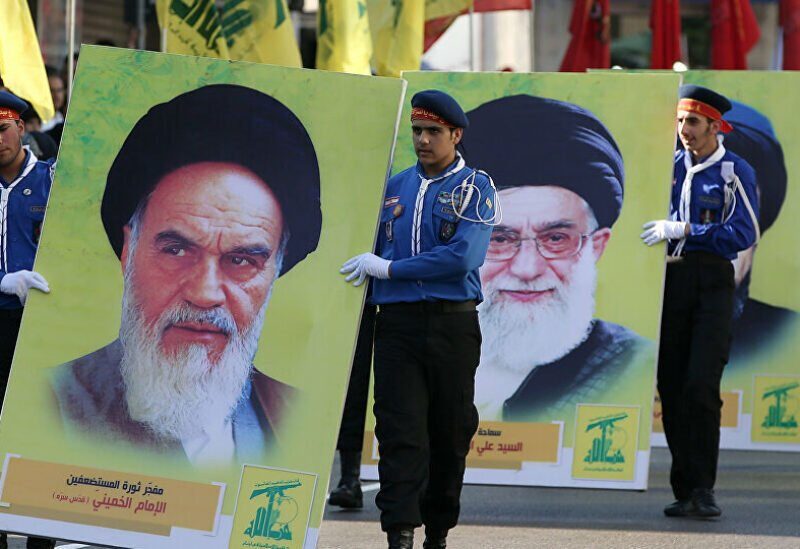 Hezbollah, Iran's arm in the region

Accusations of treason, threats, bullying, forgery, sectarian mobilization, and the legal mandate, are all accusations fall on the Lebanese voters and candidates, by who is just an Iranian sectarian who grew up and kissed the hand of the Iranian guide Khamenei and is proud of this with his full recognition. Alas, it’s definitely the Lebanese farm that is ideologically Iranian.

“Hezbollah is the one who protects some Lebanese areas, from Israel, the Lebanese army is unable to protect Lebanon.”

Yes, my dear, this is what the first trumpet of the Leader of the ribald “wilaya” -“Hassan”- said during the electoral festival in the Southern Suburb region.

However, no sane person can believe this. However, the truth has become clear, that the resistance against Israel ended a long time ago, after Israel announced its withdrawal from southern Lebanon, and the credit is not to Nasrallah, but to several political and security balances, and this militia is the first protector of the borders, in the service of Israel, so, “frankly” these are two sides of the same coin, point.

Therefore, it is a duty, and one of the Lebanese people’s ethics, is the culture of response, so as your ally “the General” says, Hassan, “Shut up, we want to talk” and I give myself the right to speak on behalf of the free Lebanese.

Dear Hassan – (no way that you will ever be one of the dear ones) – frankly, honestly, transparently, objectively, realistically and without complacency, you are a “militia”, with the compass of your rifle being lost, and the Lebanese during these years exposed to painful shocks for which you were responsible, and with your undermining of the army institutions, which alone have them the right to protect the country and people, far from the “company” of your militia fighters, you do not hesitate to admit loyalty to the Supreme Leader of the Iranian revolution, you can hardly be called partners in the homeland.

Nasrallah, the beginning of all solutions, lies in handing over the weapons or returning them to their Iranian source, or even returning you, your cadres and your allies to Iran, as long as you are perched on “Beirut’s chest”, and making it a “field” for your Iranian plans. We will definitely not see any signs of solutions, not with elections and not with foreign interventions, “The problem and the tragic dilemma lies in your presence in the homeland, a homeland that you and your terrorism are definitely not welcome in.

Hassan, you are an abnormal military and militia situation in Lebanon, as is in the whole world, and your presence was the cause of isolating Lebanon from the Arabs and International communities. All your considerations are Iranian, which seek to dismantle the countries’ institutions, and turn it into a bancrupt country. Because of you, the presidency is titled, the duo “Michel Aoun – Gibran Bassil” while you are “the only ruler ”, and your slogan “we protect and build” is nothing but “destroy and dig up” for the benefit of the Iranians, so stop defamation and hypocrisy.

To you Hassan, we say, “don’t you dare”, because there is no weapon except the “Lebanese army.” You are not Lebanese, you and your environment are an Iranian colony, you are not a resistance; You are a terrorist militia, you will not be able to keep your weapons, because we will disarm you, even with our own flesh.