Western diplomatic sources: Washington will not leave the Lebanese file to Iran and Russia

Although restoring US-French relations to normal is a priority in the meeting between the US and French Foreign Ministers, Anthony Blinken and Jean-Yves Le Drian, the issue of Lebanon will include one of the axes of research, starting with the free hand of Paris in formulating solutions, with American consent, according to Western diplomatic sources.

Western diplomatic sources said to “Sawt Beirut International” that the general framework of the American position on Lebanon for this stage is focused on the following:

– Many of the details of interest to the US administration, which Ambassador Dorothy Shea is following up in Beirut, whether with regard to the task of the new government or negotiating with the International Monetary Fund, and stressing the importance of holding the parliamentary elections on time. This is done in order to keep the channels of American interest in the Lebanese file in place, and that the current American priorities do not constitute an opportunity for other parties, such as Iran and Russia, to cancel their role and presence in this file. Washington has allowed some countries to take steps to provide support to Lebanon in the field of life services. However, substantive Arab and international support will not take place before there is a strategic change in Lebanon’s foreign policy, or in the implementation of the required reforms. Therefore, the extent of pressure for “Hezbollah” on the domestic scene was matched by an American request to several countries to show positive assistance in order not to leave the Lebanese situation. This explains the international diplomatic towards Lebanon for reasons related to not canceling the international and American role, while the actual full green light is subject to other factors that must be implemented.

– The US administration, which is still in the stage of administrative appointments, now has the priority of negotiating with Iran to put an end to its quest to achieve a nuclear bomb, and it is convinced that it is not in Lebanon’s interest to put its file on this negotiation table for bargaining. The role played by Congress in pressuring the administration to do what it can to not allow the state’s authority to be undermined and not to abandon Lebanon, its sovereignty and independence, contributes to this.

– Washington wants to play a role in the region with regard to the regional economic integration project in energy, which includes Lebanon by supplying gas and electricity from Jordan and Egypt. The Middle East includes the largest area of oil and gas in the world and is the main passage from Asia and Africa towards Europe and the West through the Mediterranean. And Israel realizes the value of that. For this reason, it sponsors the gas pipeline from Egypt and Jordan to Cyprus, Greece, Italy and France, which is interested in launching the gas path through the Arab-Israeli line towards them. the United States agrees.

– From here, Washington wants Lebanon to solve its maritime border problems with Israel to facilitate the integrated plan. But it seems that Iran has conditions for facilitation, and Turkey has interests, and Russia has related warnings that the new line to Europe will not be a competitor to the Russian line to this continent. Therefore, Washington will send to Lebanon the designated official in the Ministry of Foreign Affairs and the specialist in energy, Amos Hochstein, to explore his position regarding negotiations and borders. 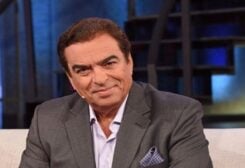 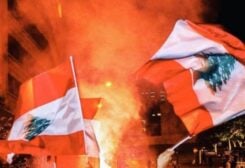