What a farce, Corrupt parties against corruption? 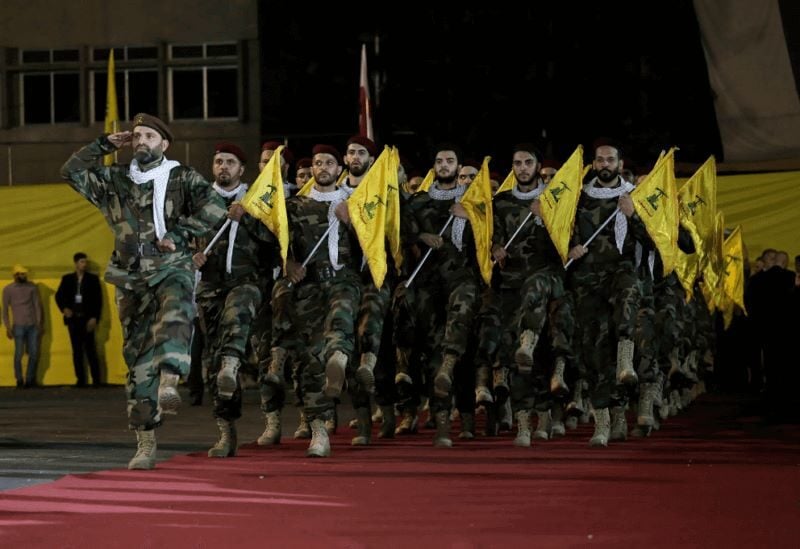 The Iranian-backed Hezbollah is behind the whole actions that threaten Lebanon’s peace and security, suspicious activities, as well as the illegal financing, money laundering, and arms and drug trafficking. However, the party evades tightly from these practices by using the “US sanctions” peg, not to mention the demand for fair parliamentary elections.

The crises that Lebanon is currently experiencing are closely related to the internal challenges faced by “Hezbollah” and its continuous engagement in terrorist and criminal activities, inside Lebanon and in the Arab countries, ​​despite the international embargo, which constitutes a solid obstacle to any opportunity represented in international aid. Where can we find a country ready to provide aid, at a time there is a party backed by Iran, that launches terrorist attacks on those same countries and provides support to terrorist organizations that threaten their security?

Despite the internal and international documents that prove terrorism by the Iranian militia’s policy, which undermines internal stability in Lebanon, we hear today, with complete rudeness, MP Mouhammad Raad, the Head of the “Loyalty and Resistance” Bloc, talking about the country’s collapse, blaming the ruling authority and the imposed sanctions, as if he is neither part of this authority nor belonging to the terrorist group that led to these sanctions.

“Hezbollah has penetrated the entire Lebanese state and has proved that it is the absolute and undisputed authority in the country,” said MP Fadi Saad, to Sawt Beirut International. He added: “It is funny today that Hezbollah raises the banner of fighting corruption and holding fair parliamentary elections.”

Saad considered that the Lebanese crisis is attributed to Hezbollah’s weapons, which targets anyone who dares to attempt reforms, accountability or achieving sovereignty, as the farce of the “resistance” is a big lie. The Iranian party continued to prioritize its interests over the interests of the Lebanese people.

The economic collapse, financial meltdown, and the deteriorating relations dating back to decades with the Gulf states, requires a policy of serious changes in the ruling class that reflect positive changes in the Lebanese political scene and the attitudes and aspirations of the people. Are there signs of solutions?

Saad considered that Lebanon’s crisis is not only economic or financial, as the current situation proves that the basic problem is political, represented by the political class in general and “Hezbollah” and its weapons. To go further the Lebanese people should demand from the international community to contain “Hezbollah”, and this matter requires more than just “sanctions” bur rather restricting Lebanon, as described by MP Raad.

Saad added: “The shortfall of all successive governments to implement any reform or act as a “sovereign government” proves the extent of the calamity in which Lebanese society is floundering. Corruption is one of the most prominent policies pursued by Hezbollah, weakening state institutions and building loyalties to its political bloc and sect among the most important components that break any reforms.”

Saad said that the “administrative decentralization” project in Lebanon is the first measure that should be adopted to revive the state. Implementing law among all is the most appropriate solution to break the bonds of the statelet and re-develop the legitimacy of the state. From here, change begins, and from here small solutions begin, leading to large solutions.

Saad said that he relies on the Lebanese people’s great resilience who deserve international support in their efforts to marginalize the terrorist militia Hezbollah. He appealed to the Lebanese state, as an MP, to reconsider its steps and put Resolution 1559 on the dialogue table, otherwise there will never be a state, but rather we will remain governed and dominated by Iran, and in this case, we will never witness peace.