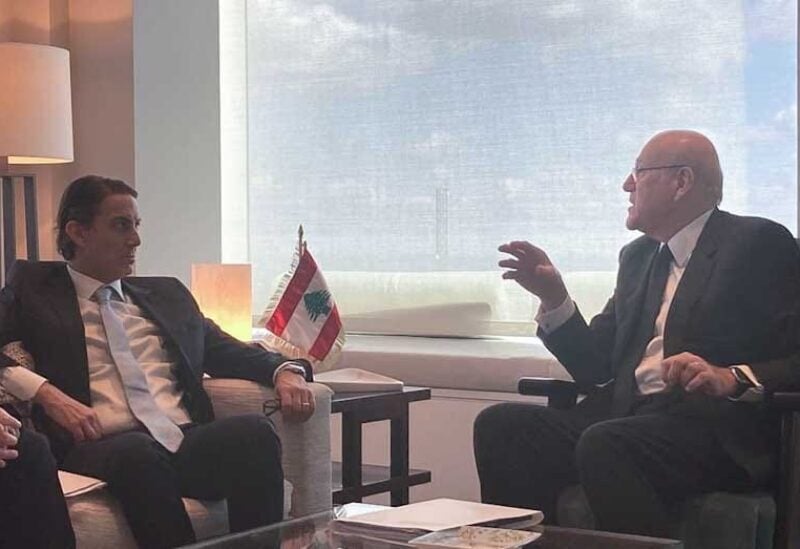 The American mediator in the maritime demarcating file between Lebanon and Israel completed all steps to overcome obstacles. It is clear, according to prominent diplomatic sources, that he was working in a race against time to complete the agreement quickly, and he believes that it is in the interest of all direct and indirect parties to sign as quickly as possible.

The Lebanese comments do not affect the content of the agreement, as the rest of the points are agreed upon. But it is not known whether the internal Israeli stances will lead to surprises. Now Washington is seeking to make sure that the Israeli stance does not have a negative impact on the signing of the agreement.

What is the political and diplomatic meaning of signing the expected agreement and what are its repercussions?

Sources tell “Sawt Beirut International” that there was no way to delay signing the agreement until after the election of a new president, even though some Lebanese parties sought through the agreement to make a concession in exchange for taking up politics. But this goal remains subject to the American view of the matter, and whether the administration will allow bartering in this vital file, which was accomplished as a way of shares. It is a political agreement over economic interests. In the past, Lebanon missed the opportunity to demarcate and benefit practically from its rights .

Now it doesn’t look like it’s going to be lost because it doesn’t have anything to rely on to save itself. The agreement will be achieved, even if Lebanon is in the stage of presidential elections, and if America is also in the mid-term elections in Congress, after which it is not expected to have a majority of Democrats, as well as if former Prime Minister Benjamin Netanyahu opposes this demarcation, while the current Prime Minister Lapid agree to it on the eve of the Knesset elections.

Through the agreement, Lebanon does not make a concession in politics, because it did not sit directly with Israel or communicate with it, but rather kept its political and security situation with it as it is, and realized its interests without entering into problems in the field of normalization.

The sources stated that the US interest is in Lebanon not remaining under the siege of political and economic crises, and because it leads to chaos and instability.

Therefore, stability in Lebanon is an American demand, and Israel will not be far from it. Any benefit to Lebanon from its wealth will make it a stable country, which will contribute to the stability of the region. This is in contrast to the suffocating crisis it is experiencing now.
The sources believe that Washington’s insistence on completing the agreement before the midterm elections in Congress will reflect positively on the elections themselves and on the participation and sympathy of American citizens through the gateway of providing security for Israel and stability on its borders. Noting that the American achievements in foreign policy do not represent the first and main weight in the electoral campaign of the Democrats.