What drives Macron to deploy Dukan to Beirut at this particular time? 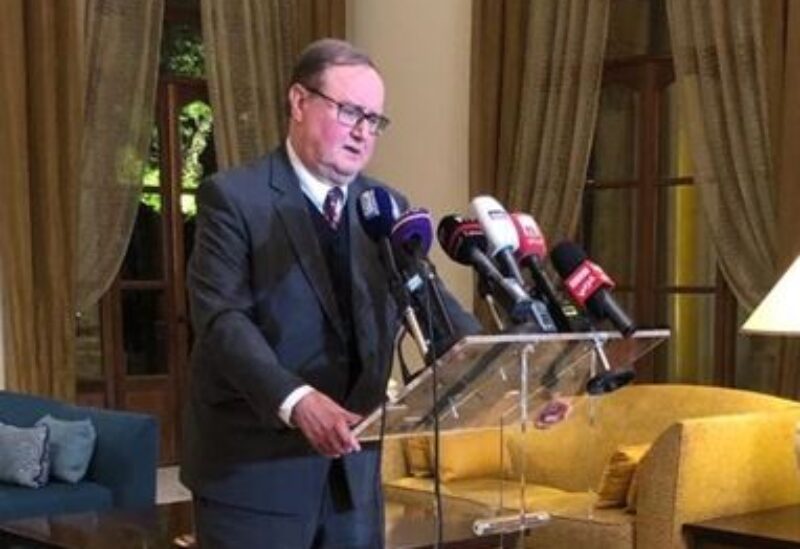 The envoy of French President Pierre Dukan in Beirut this week will explore what Lebanon has achieved regarding the implementation of the initial agreement signed between it and the International Monetary Fund at the level of senior officials, according to French diplomatic sources, and will follow up with officials in Beirut the necessary steps to be achieved in the path of the required reforms.

The sources confirmed to “Sawt Beirut International” that there are measures that must be taken in light of the signing of the agreement on the seventh of last April. Some projects were approved by the Council of Ministers before May 22nd. These decisions were discussed in the House of Representatives in the relevant committees. These are “Capital Control”, the 2022 budget, the bank secrecy law and other laws related to the restructuring of banks, and the financial recovery plan. There were many discussions on both technical and political levels. Therefore, Dukan seeks to keep pace with what Lebanon is doing, knowing that there is still a lot to do on the part of Lebanon.

The sources pointed out that Dukan’s visit is the first visit by a French official after the French presidential elections and the Lebanese parliamentary elections. Consequently, President Macron will continue the policy he has adopted with regard to Lebanon, which has always been a French priority, even if it is no longer a priority in relation to the Europeans and the US administration due to its preoccupation with the Russian war on Ukraine and the Iranian nuclear file.

The sources indicated that the French view of the current Lebanese situation is summarized as follows:

– The role of the International Monetary Fund is essential in starting the economic rescue process, so Lebanon must commit to reforms, including what is now on the table, including the expected reforms in light of the presidential elections and the formation of a new government, provided that this benefits Lebanon in the next stage until gas extraction and investing gas and oil, which actually contributes to the real advancement of Lebanon.

– France wants not to miss the opportunity to choose a new President of the Republic and to respect this constitutional entitlement, and not to add a political and institutional crisis to the deep economic and financial crisis, so that the work to share the spoils, as politicians are accustomed to, becomes a trivial matter if the decay of the state and society increases. Officials must leave playing on the edge of the abyss and return to building their country. As soon the money will run out to pay for the goods imported by Lebanon, in addition to those earmarked for importing energy.

This will lead to a general paralysis in the country, a deepening of the economic crisis and the most deadly hunger for people. Therefore, France calls on officials to do what must be done to start the rescue operation immediately, especially since the world is preoccupied with its crises, and that Lebanon does not represent an international priority at the present time.