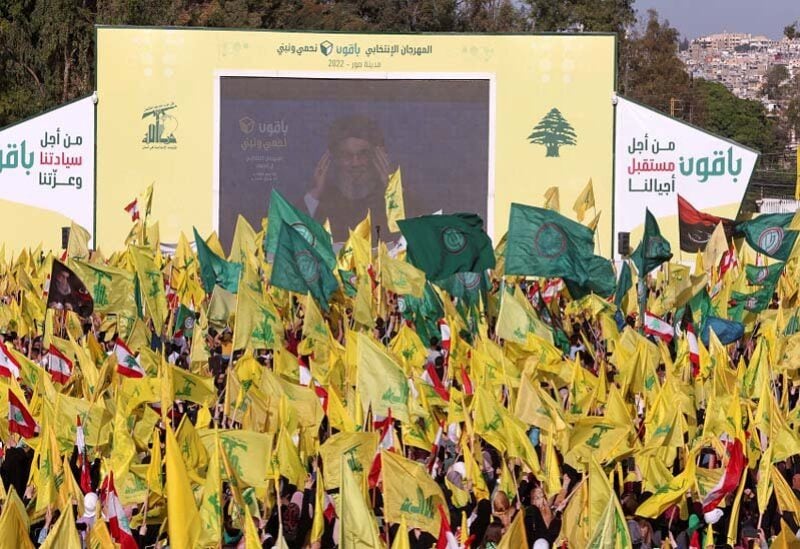 Some analysts see that the issue of canceling entry visas for Iraqi citizens to Lebanon, raises many questions in terms of timing, as they believe that it could be placed within the framework of the inclusion of elements who owe allegiance to Tehran and “Hezbollah.” because they were distributed in areas characterized by certain sensitivity.

This matter was considered by one of the Iraqi analysts as well-thought-out and systematic and not linked to Lebanon alone because it started from Iraq, where the borders were opened to the Iranians, and to factions and groups loyal to Iran, and thus, there is a difficulty in removing those with sabotage goals that are trying to stay on the Iraqi arena, after failing to confront the Parties that are rejecting the mullahs’ regime’s control of Iraqi sovereignty, which has also become a corridor for crossing towards Syria to supply its elements and bases with weapons of all kinds, even though a large percentage of them are being destroyed by the Israeli air force, which intensified its raids on Damascus International Airport, most recently.

At dawn yesterday, the aforementioned raid carried the number 25, and of course targeted facilities for storing weapons or shipments intended for distribution to the areas of influence of Iran’s militias.

There is great confusion inside Iraq about what is happening, pointing out that the number of planes that glow from Iran to Iraq and Lebanon raises suspicion due to the number of flights per day, especially since the tourist season is over.

The source points out that the situation in Lebanon is not safe, because on the unstable internal level, which is witnessing an increase in the number of crimes, thefts and roadblocks, in light of the almost complete power outage and the political conflict between the state’s pillars..All these facts prompted a large number of Lebanese to emigrate, so how can it be a destination for tourists, regardless of the countries they come from, at a time that is considered the most accurate and dangerous, due to the failure to end the file of demarcation of the maritime borders with Israel, whose discussions are still kept secret, and Hezbollah awaits the results, that if It was not according to the conditions of the Lebanese state, it will have security repercussions, and this leads to the question of the reasons behind these intensive flights, and are they related to the strikes carried out by the Israeli air force on Syria, and is it possible to ship certain technology on some flights to remain safe from the Israeli air raids which penetrates the Syrian airspace, and the Russians have withdrawn due to the war on Ukraine, which has exhausted the Russian bear and recently incurred great losses through the attacks carried out by the Ukrainian army on areas that the Russians had controlled.

The source concludes by warning that the conflict in Iraq will spread to Lebanon, the weak flank that Tehran can detonate, when the doors of the Vienna halls are closed in front of it… Will Lebanon become a target for the Israeli air force if Tel Aviv is sure of transferring advanced Iranian militias or military technologies to its lands that harm its national security?