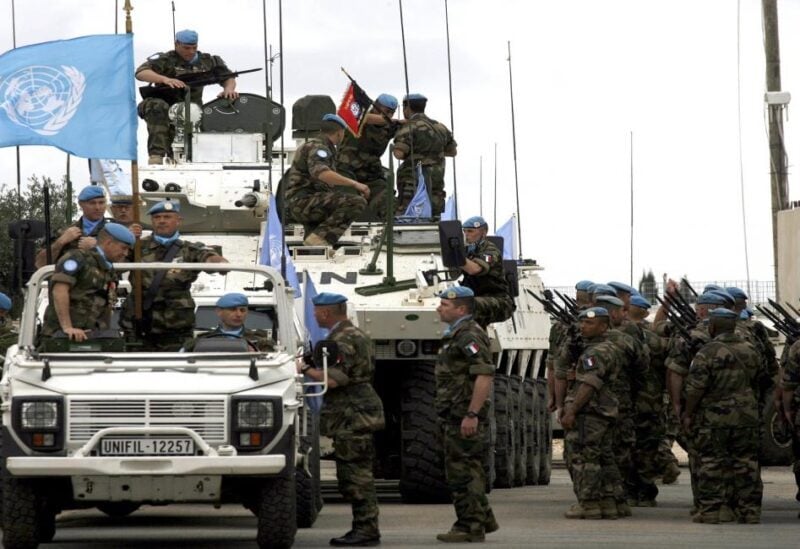 The French draft resolution regarding UNIFEL’s extension in Southern Lebanon, will be discussed during this week at the UN Security Council, the project includes for the first time the obligation of international support to the Lebanese army in food, water and fuel, provided that the support department is under international supervision.

The extension decision will be issued next Monday, August the 30th, in a council session set for this purpose, in case the regional calm prevails. However, and according to what international diplomatic sources told “Sawt Beirut International”, there is a fear of regional tension in light of Hezbollah’s bringing in a fuel tanker from Iran, and coinciding this, with the negotiation stage of the draft extension decision, that this tension will affect the extension process, And this is a very dangerous issue. Moreover, Iran is still under sanctions and anything that comes out of Iran is subject to sanctions, and any place that receives what comes out of Iran, will be subject to sanctions, and Lebanon will be affected by that. Bringing the ship, according to the sources, constitutes a violation of sanctions against Iran, which creates an additional problem for it with the international community, which affect the parties of this problem, including Lebanon.

Here comes the question, whether an exception will be made in the sanctions against Iran for the sake of Lebanon, as happened with the Caesar Act, and the exception done regarding passing gas and electricity through Syria, or will there be no exceptions in dealing with Iranian sanctions.

The sources declared that two meetings took place last week, within the framework of consultations in the Security Council with the countries contributing to the international force. A UN official briefed about the force’s work, and that the participating countries insisted on supporting its role in Lebanon, and the extension should be done in an easy and automatic way, given their basic contribution to stability in the south, and through it to international peace and security.

The Southern recent events, i.e. the firing of rockets and the Israeli response, were discussed. This made the countries conclude that the situation is fragile, and that the force’s role and that of the Tripartite Committee, are important in reducing tension and stabilizing the south. Consequently, the countries announced their support for the force and the necessity of its smooth extension. Noting that some countries participating in the force criticized the launch of missiles and this stability.

The sources confirmed that so far, the extension will take place with the lowest demands relative to last year. Some amendments have been proposed to the French draft resolution in the last hours, which do not constitute an obstacle to the extension for a new year starting on the first of next September until August 31, 2022. The amendments deal with the emphasis on the support of the army, from friendly countries and the international community, during the dire circumstances the country is witnessing, and its repercussions on the army as it is the effective tool and the backbone for maintaining security and stability in the country. Lebanon has a say in the amendments, but the one who renews the mission, is the member states of the Council, and the one who holds the pen is France, and the important thing is, that there is no opposition.

Sources also expect that if there is no tension, the extension will be easy and automatic, especially since the United States’ stance varies from previous years, and it is working to facilitate, in recognition of the volatile and complex situation in the region. If no party on the ground in the south intends to disturb the atmosphere, the extension will pass. However, any disturbance of the existing atmosphere, will weigh on the extension consultations. There is anticipation for what Israel will do regarding the Iranian fuel ship passage, and the measures that the United States will take, whose Foreign Ministry spokesman said that “in general, fuel from a country that is subject to many sanctions such as Iran is not a solution to Lebanon’s problems” and that “ the Lebanese deserve a sustainable energy solution that is equitably and transparently distributed among all residents.”

The sources indicated that a tense atmosphere and concern emerged due to the launching of missiles in the south on the fourth and fifth of August, and the possibility of raising demands related to the tightening of the force’s mission, and the hope remains that no surprises will occur, to complicate the extension process.

It concluded that India is chairing the Security Council for this month, and it has submitted a draft resolution to the Council that supports the protection of peacekeeping forces in the world, and this is very important as to avoid subjecting them to any hostile action, and among those, are of course, the UNIFEL.