“Sawt Beirut International” reporter, Ghida Jbeili, covered today’s event from the “Coral” station in Raouche, where drivers of public cars began filling petrol after the station was allocated to them.

The President of the Loyalty Union for Transport and Communications Unions, insisted that the driver of the vehicle must have a “vehicle license issued by the General Directorate of Land and Maritime Transport and a professional practice card.”
Pointing out that he does not rule out confronting “the counterfeiter and the violator of the sector to crowd out drivers for their livelihood.”

One of the public drivers said, “Dedicating the station is an excellent thing, but petrol must be subsidized for drivers, as it is a main source of our livelihood.”

While another said, “A wonderful step, we thank Bassam Tlais for it, even if our right is wasted in this country. In all countries of the world, taxi drivers are honored, except in Lebanon, we suffer from difficult conditions,” pointing out that “we need 30 liters of gasoline daily, and allocate 50,000 liras.” To buy it is better than 20,000 liras, which is not enough for anything, especially in light of traffic.” 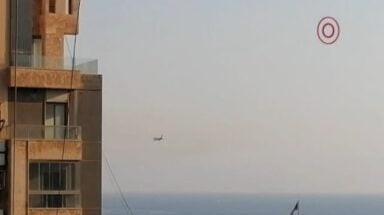