Is locally grown watermelon being sold as per USD currency?

The price of a single watermelon has surpassed 70,000 Lebanese pounds. It may seem normal when watermelon is imported between March and April, but is it reasonable that such price is for locally grown produce?

The watermelons we get to see in Lebanese markets today are produced in Lebanon, and especially in the south, and the price of a kilogram is up to 6,000 LBP. Is it reasonable? How do traders justify this?

In turn, a Lebanese army retiree said that “after 25 years of service in the Lebanese Armed Forces, I cannot afford a watermelon. My salary is not enough to buy food and drinking water.”

Agricultural reports said the price of one kilogram of watermelon in the farmer’s land is 3,000 LBP while its cost in terms of land rental, irrigation, seeds, fertilizers and pesticides does not exceed 500 LBP and therefore, the trader makes profits of more than 3,000 LBP per kilo, i.e. over 20,000 LBP per watermelon. 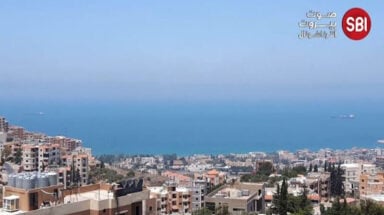