Statements’ war and mutual accusations between the President of the Republic and the President-designate is back again. After a statement by the “Future Movement” in response to Basil’s words, in which he considered that the Baabda Palace had turned into a partisan institution affiliated with Basil, announcing confronting  attempts to seize the powers of assignment and formation, a stunned response came from the Presidential media office, in which it accused the Prime Minister designate of evading his responsibilities in forming a balanced and charter government, and accused the “Future Movement” of lying and the later of insisting on seizing the President of Republic’s powers, through resorting to practices that undermine norms and principles and inventing new rules. The Presidential Palace held The PM designate and his team, through their mismanagement of state affairs, the responsibility for  the country’s financial conditions and debts, and considered that the quagmire that the “Future Movement” spoke about was the product of a system headed by the “Future Movement” that controlled the capabilities of the state.

These mutual statements annulled any possibility of a meeting or agreement between President Aoun and Prime Minister Hariri, at a time, sources said that Speaker Berri and “Hezbollah” would seek again finding a solution.

In any case, the exchanged statements thwarted the visit of the Maronite Patriarch before it took place to the Baabda Palace. Sources in Baabda revealed that Al-Rahi was upset with the “Future” statement, as it included an insult to the position of the Presidency of Republic. No progress was made as a result of the meeting between the Patriarch and President Aoun, this what was confirmed by informed sources, but the Patriarch promised to go on with  his contacts for assistance, and he will call, as we learned, President Nabih Berri.

What is new is what the Patriarch proposed about forming a government of poles, meaning the involvement of all political leaders without excluding anyone. In his speech, the Patriarch dropped Basil’s proposal vis a vis the call for a dialogue table by saying, “The matter does not require a wide dialogue table, but rather a meeting and dialogue between the President of the Republic and the designated president. “.

It was remarkable his direct response to the attempt of involving him in the knot of the two Christian ministers, as he said, “It is not my job to name ministers or specify a ministry.” The meeting ended in Baabda, and President Aoun’s advisor, former minister Salim Jreissati, tweeted, hinting that the Patriarch was on the side of the President of Republic. Informed sources confirmed that the Patriarch did not and will not change his stance regarding formation, and he is with the formation of a government of non-partisan specialists, through respecting the charter in the process of composition, and that Hariri presents a government formation to the President of Republic, in which they agree on it as a whole and not on just a part of it. 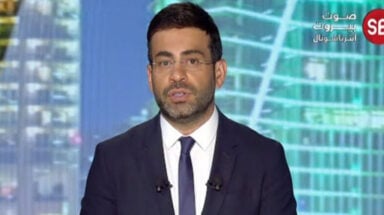 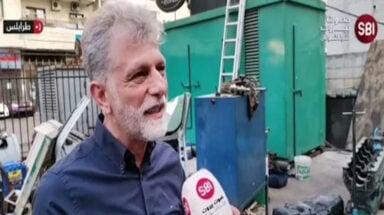 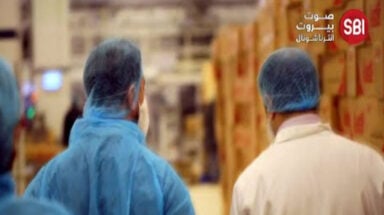