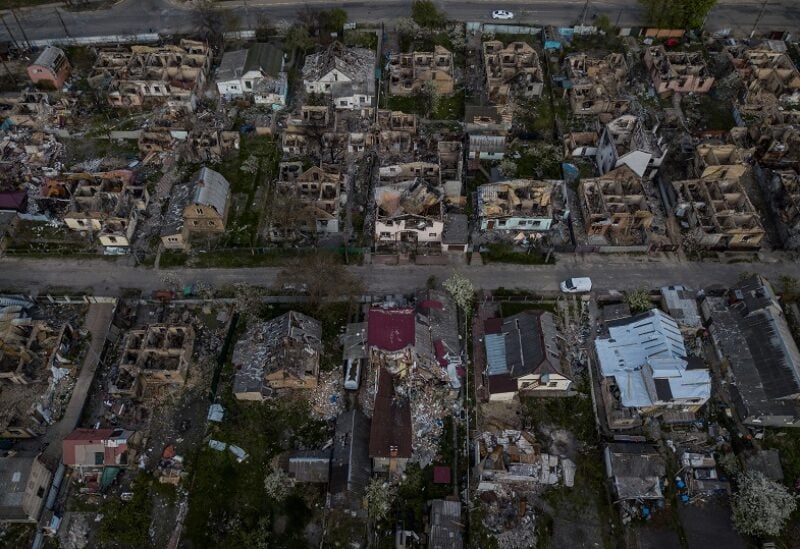 A destroyed residential area is seen after Russian shelling, amid their invasion of Ukraine, in Irpin, Ukraine May 7, 2022. Picture taken with a drone. REUTERS/Carlos Barria

Ukrainian Health Minister Viktor Liashko said early Sunday, that at least 10 health specialists have lost lives in Ukraine since the beginning of the war with Russia.

At a joint press conference with the WHO Secretary-General Tedros Adhanom Ghebreyesus in the capital Kyiv, Liashko said 10 health workers have been killed and 40 others wounded in the war.

He said as many as 40 hospitals have been razed to the ground and 500 others stand damaged to the extent that it has become impossible to offer health services there anymore.

Ukrainian health minister discussed the developments with regards to the ongoing war and its toll on the health professionals with the WHO chief.

Liashko accused Russia of using banned weaponry as well as violating the WHO principles and international agreements on warfare.

Ghebreyesus said health facilities should not be targeted amid the war and the WHO provided support for 15,000 hospitals since the beginning of the war.

He said the WHO has extended assistance to Ukrainian citizens residing in neighboring countries. He said three health facilities have come into operation to help with evacuation efforts.

At least 3,309 civilians have been killed and 3,493 others injured in Ukraine since Russia launched a war on the country on Feb. 24, according to UN estimates. The true toll is feared to be much higher.