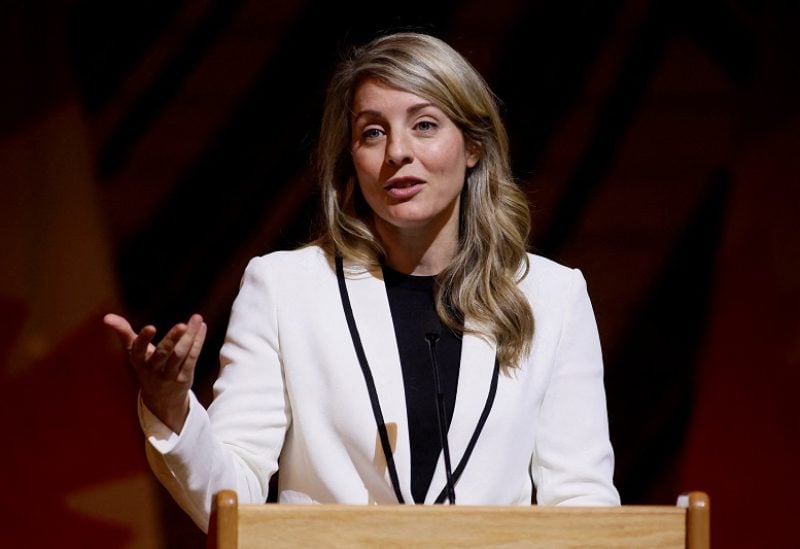 The Iranian security forces’ suppress of the uprisings following the death of Mahsa Amini, who reportedly died in police custody after being arrested by the morality police for not wearing the hijab properly, has drawn condemnation from across the world.
On Wednesday, women foreign ministers from a dozen nations led by Canada’s Melanie Joly jointly condemned Iran’s violent crackdown on women’s rights. As the protesters marked 40 days of unrest, they gathered at Amini’s grave Wednesday. Hengaw, a Norway-based human rights group that monitors the situation in Kurdistan, said that security forces used guns and tear gas to disperse the crowd.
“As women foreign ministers, we feel a responsibility to echo the voices of Iranian women,” said a joint statement issued by ministers from Albania, Andorra, Australia, Canada, France, Germany, Iceland, Kosovo, Libya, Liechtenstein, New Zealand and Norway.

They expressed “solidarity with the courageous Iranian women engaging in their right of peaceful assembly and advocating for their human rights.”

The women ministers condemned the “violent enforcement” of Iran’s hijab and chastity law and the “ongoing crackdown against protesters”.

Several women have been seen taking off their hijab and cutting their hair during these protests. Some of them have been reported dead and their families have blamed the administration for it. Most of them were young students and reportedly over 200 people have lost their lives in these protests.

Mahsa Amini, a 22-year-old Iranian of Kurdish origin, died on September 16, three days after her arrest in Tehran. Anger flared at her funeral and quickly sparked widespread protests. An unrest of this scale has not been witnessed in the Islamic republic for years.