13 dead in Europe due to Storm Eunice, power shut down in over one million homes 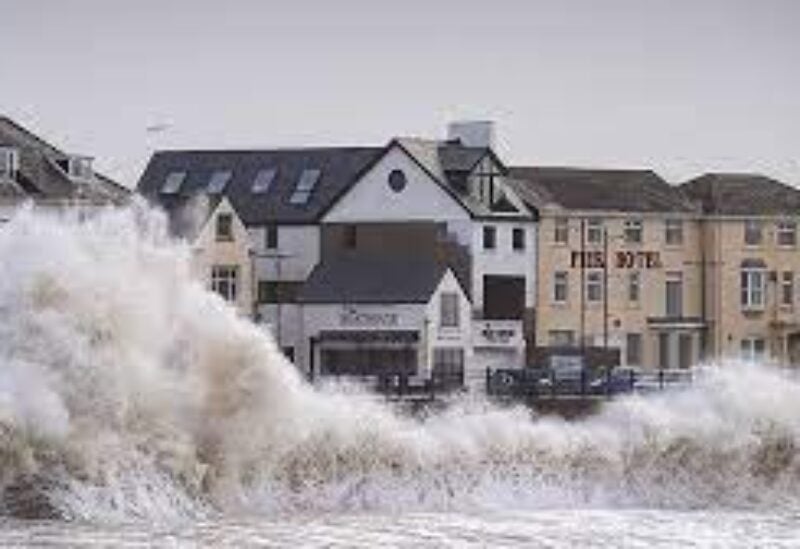 It has also knocked 1.4 million households off the grid with emergency crews Saturday battling to restore power.
The storm caused mayhem with travel in Britain, shutting the English Channel port of Dover, closing bridges linking England and Wales and halting most trains in and out of London.
Eunice is the second named storm to hit Europe this week, with the first storm killing at least five people in Germany and Poland.

It sparked the first-ever “red” weather warning for London on Friday. It was one of the most powerful tempests in Europe since the “Great Storm” hit Britain and northern France in 1987.

“Storm Eunice is really packing a punch,” Met Office Chief Meteorologist Frank Saunders said. “We only issue red weather warnings when we think there is a threat to life from the weather.”

Planes were buffeted so strongly by gusts at some British airports that pilots were forced to abandon landings.

Peter Inness, a meteorologist at the University of Reading in England, attributed the storms to an unusually strong jet stream over the eastern Atlantic Ocean, with winds close to 200 mph (321 kph) at high altitudes.

“A strong jet stream like this can act like a production line for storms, generating a new storm every day or two,” Inness said.

“There have been many occasions in the recent past when two or more damaging storms have passed across the U.K. and other parts of Europe in the space of a few days.”

Germany’s biggest rail operator, Deutsche Bahn, cancelled all train services in the north of the country on Friday due to the storm.

In the Netherlands, authorities sent a push alert to mobile phone users on Friday afternoon, warning them to stay indoors.

In Denmark, strong winds prompted authorities to ban light vehicles from crossing the Storebælt tunnel and bridge linking the central island of Funen to Zealand, home to the capital, Copenhagen.

Storm Eunice produced heightened concern because it had the potential to produce a “sting jet,” a small area of intense winds that may exceed 100 mph. wions