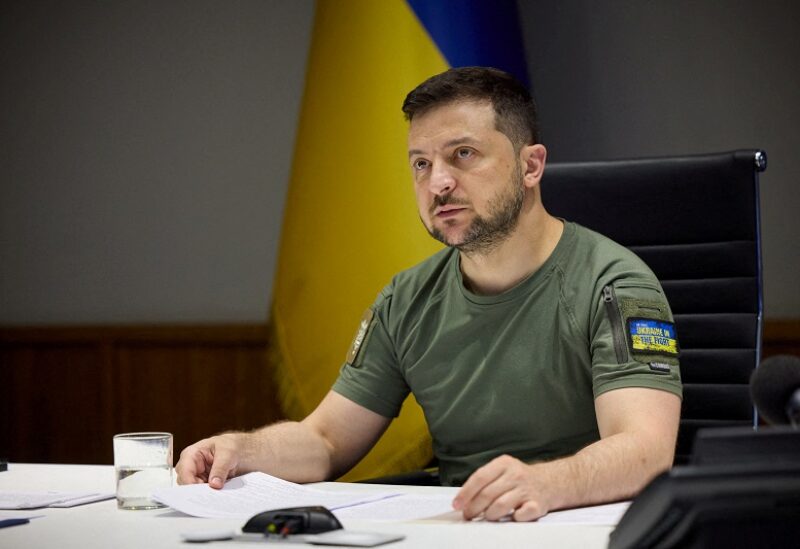 After Army Commander-in-Chief Valeriy Zaluzhnyi and Ukraine’s general staff had said that Ukrainians eligible for military service needed permission if they wanted to leave their registered place of residence, Ukrainian President Volodymyr Zelenskyy released a video message late Tuesday, criticizing military leadership over reports of new rules on where potential Ukrainian conscripts are allowed to travel.

Following outrage on social media, authorities specified that such permits were indeed necessary for leaving a district.

In Ukraine, districts are a mid-sized administrative division that are below that of a province and above that of a municipality.

Zelenskyy said that this decision had caused “incomprehension” and “outrage” in Ukrainian society, and promised that he would “figure it out” in an upcoming meeting with the country’s military leadership.

“I promise the people to clarify the matter and further request the general staff not to take such decisions without me,” Zelenskyy said.

Ukrainian men between the ages of 18 and 60 have not been allowed to leave the country since the imposition of martial law as they are classed as being eligible for military service.

Starting in October, women in certain occupational groups will also be subject to military service.
On the other hand, US State Department spokesperson Ned Price said that he does not expect US Secretary of State Antony Blinken to meet with Russian Foreign Minister Sergei Lavrov at the G20 meeting in Bali, Indonesia.

“I’m not in a position to walk through the choreography, but I certainly would not expect any meeting between Secretary Blinken and Foreign Minister Lavrov,” he said.

Price said that he expected G20 members to condemn Russia’s invasion of Ukraine.

Recap of Tuesday’s events
Pavlo Kyrylenko, the governor of Donetsk region in eastern Ukraine, urged the evacuation of 350,000 residents. Kyrylenko said two were killed and seven more were injured during heavy shelling on the city of Sloviansk.

Vadim Lyakh, the mayor of Sloviansk, urged residents of his city to take shelter as his city faced “massive shelling.”

The UN High Commissioner for Human Rights, Michelle Bachelet, said that hundreds of civilians have been detained in parts of Ukraine held by Russian forces.

Polish citizens were crowdfunding for the purchase of drones for Ukraine following a similar successful initiative in neighboring Lithuania.

The UN’s Food and Agriculture Organization (FAO) announced a donation of $17 million (€16.5 million) to address the problem of grain storage in Ukraine and to increase exports.

Representatives of over 40 countries along with multilateral organizations such as the European Investment Bank and the Organization for Economic Cooperation and Development (OECD) signed onto the Lugano Declaration outlining a roadmap for Ukraine’s recovery.