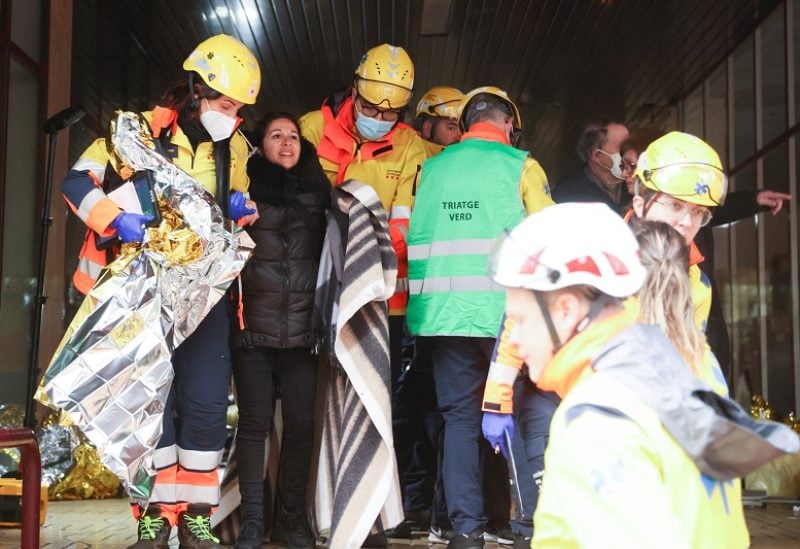 Emergency services and Spain’s Renfe rail operator said Wednesday, that more than 150 people were lightly injured Wednesday when a train ran into the back of another at a station near Barcelona.
A spokeswoman for the SEM regional emergency services said the vast majority of those hurt in the collision which occurred just before 8:00 am (0700 GMT) sustained light injuries, while five were in moderate condition.
“There was a collision between two trains at 7:50 am at the Montcada i Reixac-Manresa station, on the line heading to Barcelona, that’s to say one train ran into the back of another,” a spokesman for the state rail operator told AFP.
Rail traffic along the line was suspended in both directions and Renfe had opened an investigation into what happened, he said.
“There were 155 people affected of which 150 were lightly injured and five who were moderately hurt,” a spokeswoman told AFP.
She said 18 medical units had been deployed to the area, which lies some 10 kilometers (six miles) north of Barcelona.